Week 16 NFL Picks: Will the Vikings Ever Win in Convincing Fashion?

Just like we did with the Thanksgiving weekend picks, we are going to split the Week 16 NFL picks on Christmas weekend into two parts. We’ll cover three games today, including an evaluation of whether or not the Vikings can defeat the New York Giants on Christmas Eve, and then look out for the three Christmas Day picks that morning.

Before we get into the Christmas Eve picks, here’s a quick look back at how Week 15 turned out:

Zach Wilson is back as the Jets starting quarterback after spending some time inactive and on the bench, but there’s a reason that he was there in the first place. The 2021 second overall pick simply hasn’t played very well for much of the season, despite the Jets success.

Meanwhile, Trevor Lawrence has had the Jaguars on their best stretch of games in multiple years, winning three of their last four. This includes a pair of victories over the Titans and Cowboys in back-to-back weeks. During those four games, Lawrence has 1186 passing yards, 11 passing TDs, and just one interception. It seems safe to say that the Jaguars QB has arrived.

The Minnesota Vikings are coming off the greatest comeback in NFL history last week, and somehow this is already their second comeback this season when they were trailing by 17+ in the second half. Last time was against the Buffalo Bills, and they dropped a complete dud against the Cowboys the following week.

It’s going to be hard to lose 40-3 once again, but they might find themselves running into a few problems against the Giants this weekend. New York’s offense has done a great job of limiting turnovers this season. Meanwhile, forcing turnovers is the bread and butter of Minnesota’s success on defense. This should be a close game to the very end.

The Eagles lost their starting QB Jalen Hurts for this game due to a sprained shoulder, and it appears that it is officially time for some Minshew Mania in Philly. Because of the loss of Hurts, an MVP frontrunner this year, the Eagles have gained five points in this matchup.

While losing Hurts certainly might be a blow to the Eagles offense, Minshew remains one of, if not the most capable backups in the league. During the 2019 season in Jacksonville, he stole the starting job from Nick Foles and led the Jaguars to a 6-6 record before getting injured. Essentially, Minshew led the Jaguars to more wins in a 12-game stretch than they won in 2020 and 2021 combined. I’m riding with the Jockstrap King this weekend. 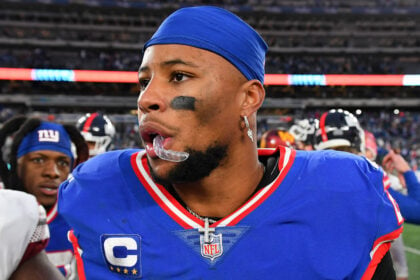 Also Read:
The Folks Picking the Giants over Vikings