The latest twist, Antonio Brown has chimed in on Mike Zimmer’s future… 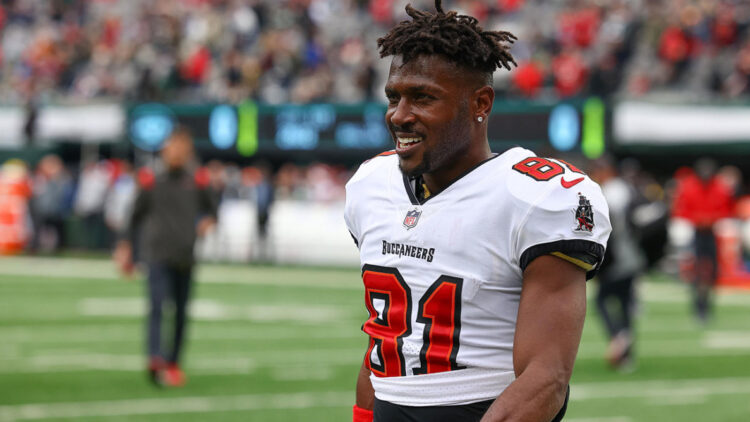 You heard that right, just days after stripping off his uniform and storming off the field mid-game in his final appearance for the playoff bound Tampa Bay Buccaneers, Brown makes what might be his first public appearance since and he comments on the future of Mike Zimmer?!

It’s a Cameo video that someone paid hundreds of dollars for, so the sentiment behind the words is tough to decipher, but in the video he speaks highly of the Vikings head coach even saying that Zimmer is “the best of the best” and that the Vikings “are in good hands” with Zimmer at the helm.

Again, given the way that Cameo works it’s impossible to know if these words are Brown’s true sentiment about Mike Zimmer or whether someone paid the $300 fee to have Brown recite this pre-scripted message for Vikings Nation?

Zimmer never coached on the same team as Brown played, but the pair did square off over the course of four seasons while Zimmer was the defensive coordinator for the Cincinnati Bengals, so there is a little familiarity.

It’s an interesting move for Brown who has not spoken publicly since the incident this past weekend, hitching his wagons to a coach who’s likely to be a free agent as well in a matter of weeks. That said, it’s unknown what Brown’s future in the NFL will be. It’s unclear what Zimmer’s future with the Vikings will be? Maybe it’s a play for future employment? Maybe it’s a heartfelt message?

There’s no way for any of us to really know, but the latest strange development in a continuously strange season for both the Vikings and Brown.