Let’s Talk About the Overlooked Vikings Contributors in Week 10 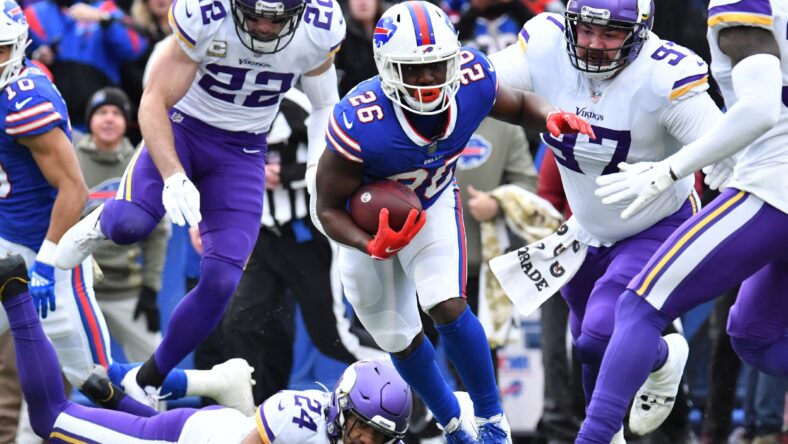 The Minnesota Vikings pulled off an incredible 17-point comeback against the Buffalo Bills on Sunday. They wouldn’t have been able to do that without numerous contributions from every player who stepped foot on that field. Everyone is handing out flowers on this victory Monday, but here are some of the overlooked Vikings contributors from Week 10.

First and foremost, the Minnesota Vikings do not win this game if they don’t find ways to at least occasionally stop the Bills pass-rush. Greg Rousseau didn’t play on Sunday, but the duo of Boogie Basham and Von Miller remain one of the more impressive duos in the NFL.

Christian Darrisaw had to leave action on Sunday, and going into this new week, he is going through concussion protocols. Because of this injury, Blake Brandel, who had played just one scrimmage snap all season, was thrust into the starting lineup with the task of slowing down Buffalo’s pass-rushers.

Overall, he did a fabulous job, especially under the circumstances. This particular play highlights Kirk Cousins ridiculous mobility and throw but take a look at No. 64 shutting the door at left tackle.

Brandel finished the game with 39 snaps played, and PFF gave him a pass-blocking grade of 80.2. Give the Vikings backup LT his flowers after a spectacular game.

We can talk about the Justin Jefferson catches, Patrick Peterson interceptions, or Dalvin Cook runs as much as we want. However, none of it matters if Duke Shelley doesn’t make an incredible play in overtime, breaking up a potential game-winning touchdown pass to Dawson Knox.

Similar to Brandel, Shelley wasn’t supposed to see much, if any, playing time on the defense this week. However, Cam Dantzler went to IR, and then during the game, Akayleb Evans had to leave with a concussion of his own.

Then, Andrew Booth came in, and he struggled a bit against the Bills talented receivers. Because of that, Shelley was essentially the last man standing for the Vikings secondary. He came into the game, and the 5’9 176-pound cornerback dominated the 6’4 254-pound Knox. On the very next play, Peterson slammed the door shut with his INT.

We can’t make this list without including the homecoming king. Harrison Phillips spent his first four seasons with the Buffalo Bills before signing with the Vikings in free agency this offseason. This week, he returned home for his first game as an opponent in Buffalo, and he played a spectacular game.

The Vikings needed a player along the defensive line to step up with Dalvin Tomlinson out, and Phillips did just that. He played 54 defensive snaps, his second highest total of the season, and he recorded a career-high seven pressures as a pass rusher.

One of my keys to the Vikings winning this game was Minnesota’s defense finding a way to create pressure on Josh Allen, particularly against a weak interior offensive line for the Bills. Phillips did exactly this, and it helped the Vikings pull off this improbable victory. 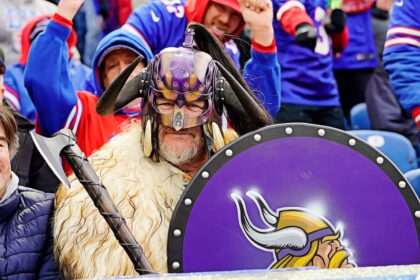