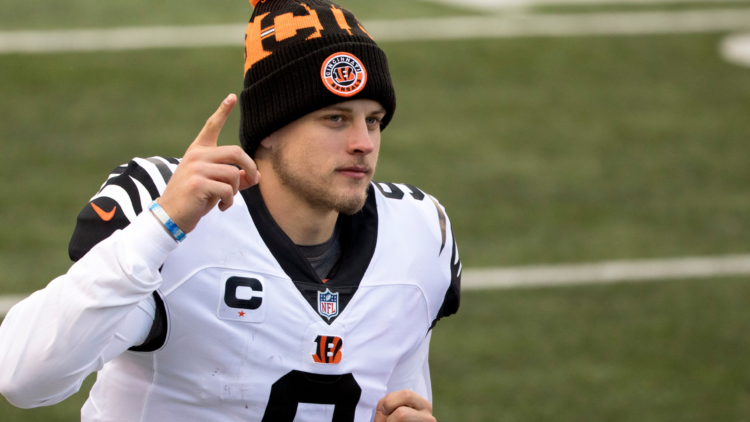 It’s one of the weirdest celebrations in professional sports but each year we continue to turn the release of the NFL Schedule as if it should be a national holiday. Seriously, think about it. When the NBA schedule is released…crickets. MLB drops their slate…nada. The NHL unveils their 82…the silence you hear is Lambeau Field. But in the NFL, the world stops.

Whatever, for some reason it’s a ton of fun. So much so there’s primetime release shows on NFL Network and even my guys over at KFAN are running a live Schedule Release Show with Meatsauce & Nordo.

I think it’s great though, I really do.

Especially this year. It has seemed for one reason or another that we’ve been stuck in a rut of seeing the same opponents, both teams and players for a while now. This year, that seemingly changes. Part of it is a shift in divisional rankings as we match up across the board, but most of it is due to a changing of the guard throughout the NFL.

It hasn’t been as immediate as it seems, but when you only see a team once every four years you have an opportunity to turn over rosters. This year, the Minnesota Vikings are going to be seeing a full slate of young NFL stars and it’s going to serve as an exciting schedule for Minnesota fans. It includes the last FIVE top overall selections and it kicks off right away in Week 1!

To kick off the season Cincy brings second year quarterback Joe Burrow, the number one pick from a year ago, to the table. Before suffering a season ending injury, Burrow was turning heads throughout the league. In ten games he accumulated nearly 3,000 yards passing with 13 touchdowns and began to develop good rapport with fellow rookie wide receiver Tee Higgins who reeled in 900 yards and 6 touchdowns himself. Then there’s the 5th overall pick from this year’s draft and arguably the best receiver coming out of college with Ja’Marr Chase added to the fold rounding out a dynamic young offense in Cincinnati.

The Minnesota Vikings have not seen the Browns since the 2017 season. Back then they were still the Browns that we all remember holding down the bottom of the league, let alone their division. That script has flipped in Cleveland and the Browns are one of the most exciting young teams throughout the league. Baker Mayfield has always had the flare, but as of last season he was able to reel in a bit of the gunslinger mentality and pull back on the interceptions to lead the Browns to an 11-5 record and a playoff win in Kevin Stefanski’s first year as head coach. Nick Chubb stood out in the backfield and they expect Odell Beckham Jr. to return after missing 2020 with an injury. Even on the defensive side of the ball, the Vikings will see another #1 overall pick in Myles Garrett for the first time as he was inactive in 2017 last time these teams squared off..

While his star is not shining quite as brightly as it was this time last year, Ravens quarterback Lamar Jackson remains one of the cornerstones of the new NFL. He’s also exactly the kind of player that has caused the Vikings defense terrible fits in the past. He’s dynamic and confident and will be a fun watch against the Vikings this year.

There’s a lot about the new look 49ers that the Vikings have yet to see. The swagger, the innovation and a fresh crop of new names on the roster. Nick Bosa kicks things off on the defensive side of the ball. Coming off of season ending injury in 2020, Bosa looks to continue where he left off causing a raucous in opponents backfields coming off the edge. Then there’s George Kittle, a beast of a different kind. The Vikings saw Kittle in 2018 but that was before he developed into a top-flight tight end in the league. Kittle battled through injury last year but remains one of the league’s most dangerous pass catching weapons…especially when he’s paired up with a new dynamic passer like Trey Lance. The number three overall selection in this year’s draft there’s a lot, and I mean A LOT of hype surrounding Trey Lance and the fit with the 49ers in San Francisco. To say that expectations are high is a bit of an understatement, but it should be a good fit for head coach Kyle Shannahan in San Fran.

Much like our conversation about the Cleveland Browns, the Cardinals have worked their way out of the depths of the league and are now a contender with an exciting draw each and every week. It starts and stops with dynamic third year quarterback Kyler Murray. He’ll run it in and pass it in and now that he’s paired with a dominating receiving force like DeAndre Hopkins, it’s a tough matchup to stop. The pair combined for 1400 yards and 6 scores through the air last year and Murray ran in 11 scores of his own. Add to the star studded roster a J.J. Watt and you’ve got some big names rolling up against the Vikings.

The Los Angeles Chargers were not expecting a changing of the guard last season but a punctured lung forced their hands and there was no looking back from there. Justin Herbert proved a dangerous passing threat at the NFL level and paired up with Keenon Allen, Mike Williams and Austin Ekeler and you’ve got a dangerous offense rolling up on Minnesota from L.A.  Oh, and lest we forget, Joey Bosa is still roaming the field on the defensive side of the ball. 47.5 sacks in five years isn’t too shabby but sacks or not, the havoc he wreaks on the opposition each and every down cannot be downplayed either.

Russell Wilson is Russell Wilson, he causes big problems for all teams but especially the Minnesota Vikings. In seven career games against Minnesota Wilson is 7-0 with a passer rating of 110.6, sheesh. And now he has D.K. Metcalf a beast of a receiver in himself. Metcalf posted five 100+ yard games last season and developed into a force inside the redzone reeling in 10 TDs on the season.

Other notable but maybe not new names on the oppositional slate for the Vikings include Christian McCaffery, DeVante Adams twice, Dak Prescott, Aaron Donald and Chase Claypool.