What Next for the Minnesota Vikings? 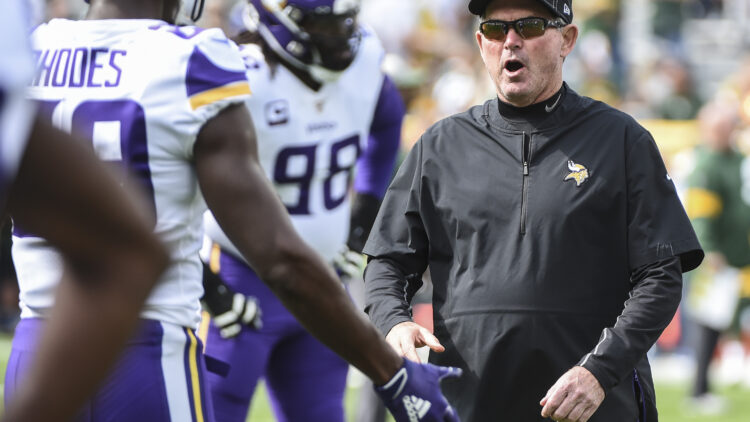 The fallout from a disastrous defeat to the Detroit Lions has already begun. That leaves a critical question — what’s next for the Minnesota Vikings?

The first part of the answer is a short week and hosting the Pittsburgh Steelers on Thursday night football. Despite the clamor and the hashtags, a short week isn’t the time to fire a head coach, which is why head coach Mike Zimmer won’t be terminated before this week’s game, as much as people might want that to happen.

Also, like I pointed out earlier in the season, the NFC is so poor outside of the top five teams. The Vikings are technically still in the playoff hunt, with only one less win than Washington, who is currently the sixth seed.

I think most of us are getting past the point of being happy with stumbling into the playoffs and seeing what happens when we get there. I firmly believe the team that takes the 7th seed in the NFC will do so with just eight wins.

Defeat to the Steelers might be enough for ownership to decide enough is enough. With a close win, we trudge on for another week waiting for the inevitable. The playoffs could be back in sight for the optimistic crowd — only for that optimism to be dashed by another crushing defeat somewhere down the road, right? The story has become predictable.

So, again, what next for the Minnesota Vikings?

Whatever happens, I can’t foresee anything other than the Vikings starting next season with a new head coach. This is one topic the fanbase is now almost unanimous on. The question of whether it’s time for a new general manager and quarterback is a little murkier. I do not think that Rick Spielman and Mike Zimmer are a package deal. Spielman probably keeps his job for now.

Mike Zimmer is going at some point. When depends on whether he can muster any more wins for this team. There is probably a good chance Klint Kubiak takes a bullet first. This Vikings offense seems to battle itself as much as it does with the opposition. When it is aggressive, and they get the ball to Justin Jefferson, it looks fabulous, factoring in Kirk Cousins, Dalvin Cook, and Adam Thielen, plus KJ Osborn and Tyler Conklin, who are both having good years. This offense should be able to blow teams away. But it never does.

There is more than one reason that the Vikings offense isn’t as consistently good as it should be. The offensive line is still a problem, particularly the interior.

First-round draft pick Christian Darrisaw is having an injury-ravaged first year in Minnesota. Then, there are the penalties – here’s looking at you, Oli Udoh. Dalvin Cook is having another year troubled by injuries – shocking, I know. There is plenty of talent for an offensive coordinator to be working with, but far too often, this offense looks pedestrian and out of ideas.

The most frustrating part is the Vikings doing the same things repeatedly and getting the same negative results — notably, constantly failed screens and inside runs. If Kubiak was to be relieved of his duties, it wouldn’t make any sense to look outside for a short-term replacement. With a new head coach likely on the horizon, the only plausible solution would be to elevate wide receivers coach Keenan McCardell to the play-calling position. The former Pro Bowl and two-time Super Bowl-winning receiver now has seven years of coaching experience in the NFL. An opportunity for a little look at what he can do at the next level of coaching wouldn’t be a bad thing.

An embarrassing defeat to Pittsburgh in primetime is the only way I foresee Mike Zimmer getting fired in-season. If they do lose, how quickly do the Vikings move to find a replacement? During season isn’t the optimum time to be recruiting a head coach, but an eighth defeat would end the season. So ownership wouldn’t need to rush the decisions. I’ve already earmarked McCardell for OC duties, and Andre Patterson has enough experience to look after the defensive side for as long as needed.

He could also be a head coach candidate. There are a lot of names flying around already — some of which have already been looked at on VikingsTerritory. I don’t have a favorite candidate yet, but one thing I am sure of: We don’t need to blow everything up and start again. There is a good core of young and experienced players here. This team needs a fresh set of eyes to tweak some things — to get the best out of what is already here and fix the team’s problems.

What to do with Kirk Cousins is the central dilemma on the playing side. The 33-year-old quarterback has been playing well. However, his $45 million cap hit is untenable, especially as the Vikings have so much work to do with the rest of the roster.

Personal opinion – sort out the head coach (and possibly general manager) position first. Then, get their input on what they want for the team.

It is going to be an interesting few months in Minnesota.

Also Read: How the Vikings Players to Watch vs. Lions Fared