Head Coaching Candidates the Vikings Should Explore for 2022 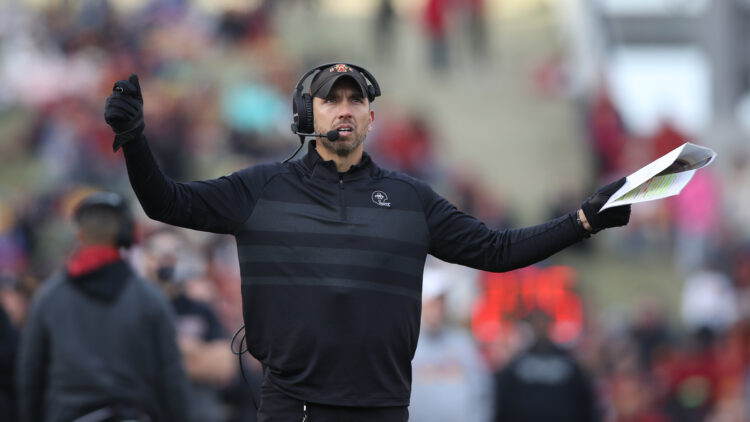 The Mike Zimmer era is unofficially over in Minnesota after a last-second collapse against the winless Detroit Lions on Sunday.

The incompetence and inability to adjust to today’s modern NFL has officially caught up to the 65-year old “defensive guru” and sealed his fate as head coach of the Minnesota Vikings.

The Wilfs are unlikely to fire Mike Zimmer midseason due to not having anyone on the current coaching staff with the experience to step in. With Zimmer’s fate already likely sealed, ownership can take this time to jump-start their coaching search for next season.

There will be many head coaching candidates who should be on Minnesota’s radar once the season formally concludes. The Vikings more than likely will be the most desirable job as they still have a “win-now” roster surrounded by Kirk Cousins, Dalvin Cook, Justin Jefferson, Danielle Hunter, Eric Kendricks, and Harrison Smith.

Matt Campbell has won everywhere he’s been as a head coach, and he’s been known as a culture changer plus a player’s coach. He’s bound to come to the NFL eventually, and it’s a matter of when, not if.

He started at Toledo and finished with a record of 35-15 in just five seasons before taking over at Iowa State, where he currently has a 42-33 record and two bowl victories against Memphis and Oregon under his belt.

The Detroit Lions offered Matt Campbell an eight-year, $68.5 million deal last offseason to become head coach before hiring Dan Campbell. It was reported that (Matt) Campbell declined due to Detroit not being the right fit for him at the time, and he was happy at Iowa State.

Campbell is doubtful to become Minnesota’s head coach in 2022, but it sounds like he would leave Iowa State if the right situation presented itself. Minnesota will be a desirable job, and the Wilfs aren’t afraid to swing big and make a splash.

Byron Leftwich will be on every team’s radar this offseason as he’s done fantastic work with Bruce Arians in Tampa Bay. He fits the mold of young offensive-minded coaches that fans and other teams desire in today’s NFL.

Since he’s been in Tampa Bay, he has had one of the league’s top passing attacks with James Winston and Tom Brady and has had a significant role in the development of Chris Godwin. Imagine what he could do with Cousins, Cook, Jefferson, Thielen, and Irv Smith Jr.

Doug Pederson was done wrong by the Eagles and deserves another chance in the NFL. He has a brilliant offensive mind and has been known to play towards his player’s strengths. He finished his five-year Eagles tenure with a 42-37-1 record and Super Bowl LII victory.

Pederson isn’t a name the fanbase desires ideally, but it’s not far-fetched that we could see a rejuvenated Doug with a chip on his shoulder to prove not only the Eagles wrong but the rest of the NFL for counting him out.

He is also known as one of the league’s most aggressive coaches. His fourth down play calling and in-game adjustments have been criminally underrated during his time in Philadelphia. I would love to see the type of roster Pederson / Spielman could construct together.

This is the last name Minnesota fans would ever want to see due to him being a defensive-minded coach, but Eberflus is the exception. He’s proven to be a true “defensive guru” over the years in Indianapolis, and he’s been nothing short of exceptional.

Since Eberflus arrived in Indianapolis, he had had three top-10 defenses in four seasons. Minnesota has been horrific against the run over the past two seasons, and quite frankly, they haven’t developed much talent since the Hunter/Kendricks 2015 draft class.

Eberflus was a finalist for the Texans and Jets job last season and could be on Minnesota’s radar if they can’t secure an offensive-minded coach this offseason.

Eberflus was a finalist for the Texans and Jets job last season and could be on Minnesota’s radar if they can’t secure an offensive-minded coach this offseason.