Vikings Players to Watch vs. Packers 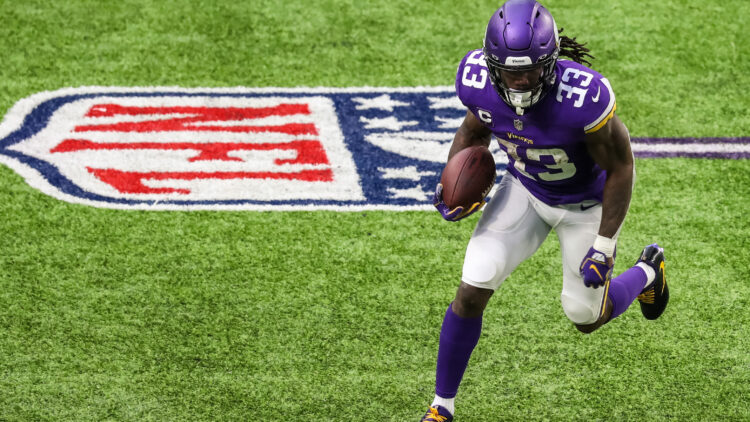 There is nothing quite like a rivalry game in sport, and this week the Green Bay Packers head over the border to Minnesota.

Unfortunately, the Vikings find themselves some way behind the Packers in the race for the division. However, a win against Aaron Rodgers and Co. would be cause for real excitement, giving hope that this season still has a chance to be a successful one.

Last week, I picked out some “players to watch” vs the Chargers. As we head towards the Week 11 showdown with Green Bay. I’ve come up with some Vikings players to watch vs, the Packers.

Like Justin Jefferson last week, Dalvin Cook is an obvious choice. Also, like Jefferson, I’m picking Cook because I expect him to have a really big game. Dalvin has enjoyed himself against the Packers and not just his 226 yards from scrimmage and four touchdown game at Lambeau Field last year either. He has eight touchdowns against the Packers and has rushed for over 150 yards on his previous two visits to Lambeau Field. After his early-season injury difficulties, Cook has been in good form the last four weeks and is primed for another big game.

Since the injury to Michael Pierce, it has been Armon Watts starting at nose guard for the Vikings. It also gave second-year defensive tackle James Lynch a chance to get some playing time. The Baylor alumnus has been quietly impressive for the last five games. He got his second career sack in Week 6 against the Carolina Panthers. He has 11 tackles across four games, but most importantly, he has looked strong in the tackle, whereas other Vikings have not. Pro Football Focus grades him a very respectable 71.0.

A pass-rushing tackle coming out of college, his rookie season didn’t work out for Lynch. He transformed into a run defense specialist. The way the Vikings have defended the run as of late, he could play himself into a good amount of playing time. The game against the run-heavy Baltimore Ravens saw an increase in his playing time. As a team, Green Bay isn’t afraid to run the ball. They ran 28 times during last week’s win against the Seahawks. With Aaron Jones injured, it will be a healthy dose of the powerful AJ Dillon. The Vikings defense needs to be strong. James Lynch is the guy to tackle Dillon head-on.

The above stat suggests for the Minnesota Vikings to be victorious this Sunday that they need to get after Aaron Rodgers and get him on the ground.

The Vikings can do it. They have 29 sacks in nine games this season, tied for most in the league with the Rams and Browns, who have both played 10 games. The sacks have come from 15 different players. However, the sack leader Danielle Hunter will not be playing.

The second most sacks on the team goes to Everson Griffen with five. The Vikings can get at the quarterback from all over the field, but it will be necessary for the veteran EDGE rusher to have a big game. After leaving Minnesota at the end of the 2019 season, Griffen’s career looked to be on a sharp decline. It has been great to see his resurgence this season.