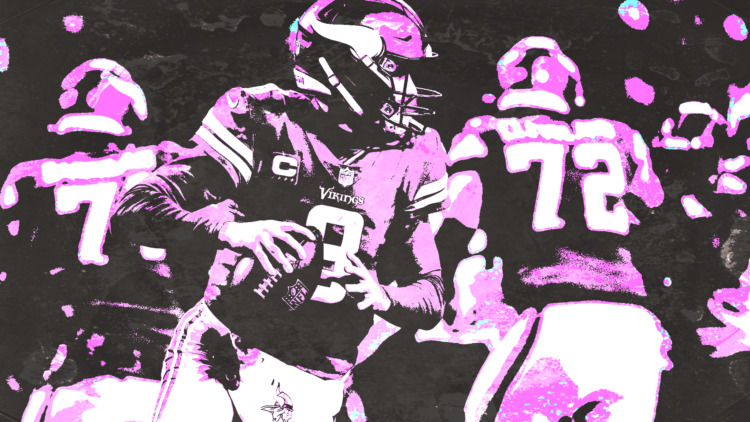 On the opinion of Minnesota Vikings quarterback Kirk Cousins, middle ground among fans and pundits is challenging to find.

There is the camp that believes in the efficacy of statistics in sports, detailing Cousins as a tremendous passer annually – and especially in 2021. These were Cousins’ numbers before the game with the Chicago Bears in Week 15 (all games for the week were not completed by the time of this article’s publication for updated rankings):

However, this is also the group of fans that ignores these numbers, pivoting to Cousins’ even-steven Quarterback Record. That record is 58-58-2. Frequently, folks in this bucket rely on an eye test, insisting Cousins merely doesn’t look the part, and therefore shouldn’t lead the Vikings beyond 2021 or 2022.

The camps are often called pro-Cousins and anti-Cousins, with little neutral ground available for habitation.

Versus the Bears, though, the “eye test” crowd pivoted. A portion of the Vikings fanbase was disgruntled with Minnesota’s performance – even though the Vikings won the game. Chicago was without several players and coaches (COVID), meaning the Vikings should’ve thoroughly shellacked the Bears somewhere in the ballpark of 34-3.

One fan pointed out the role reversal of fans perfectly. He’s @Mr_Objectivity on Twitter, and the man tweeted this on Tuesday:

Tremaine points out here how the “Kirk doesn’t win enough” voices were unsatisfied with Monday’s win, decrying the Vikings victory because Cousins’ stats weren’t good enough and the team didn’t blow out the rival Bears. Cousins produced the lowest passing-yard output in his career in Week 15, somehow leading the Vikings to a win nonetheless. Typically when Cousins experiences an underwhelming night, the Vikings lose. The relationship is usually like clockwork.

But Minnesota’s defense showed up for primetime on Monday, frustrating and flustering rookie Justin Fields while the Bears repeatedly inflicted self-induced wounds with senseless penalties – even the head coach.

Minnesota – as a team – notched the win. Cousins did not maestro this one. In Vikings games this season against the Cardinals, Bengals, Ravens, and Lions, Cousins orchestrated the offense to lead-changing or game-winning drives in the 4th Quarter. But in those contests, the defense, special teams, or a turnover undid Cousins’ version of magic. And you better believe Cousins took heat for not firing up a Quarterback Win.

The narratives are weird. QB Wins apply to Cousins when they make him look silly or imply he’s overpaid. But on a night like Monday – when Cousins wasn’t great but his team still won – he’s chastised for not wiping a team off the map.

To be clear, the folks uplifting this sentiment aren’t totally widespread. Not every Vikings fan feels this way about Cousins. Yet, those that do not believe in his capabilities tend to hit the cellphone keyboard the most and yell the loudest.

When trying to make sense of Quarterback Record as an intelligent football metric, attempt wrapping your head around Warren Moon (QB Record = 102-101, .502), Matthew Stafford (83-94-1, .469), or Daunte Culpepper (41-59, .400). If you determine how those men are considered historically good quarterbacks – not losers – while Cousins is not afforded the same leeway, send us a note.