The Vikings Are Hunting Jugular Veins 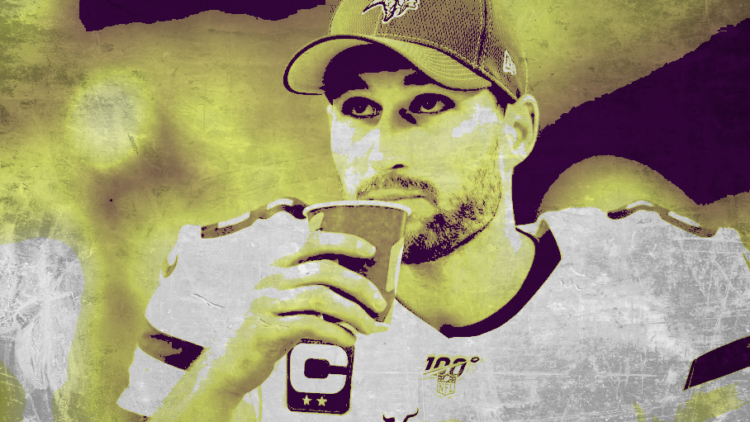 The Minnesota Vikings from Week 1 through 9 were a different animal compared to the bunch from Weeks 10 and 11.

For eight games, each Vikings contest was a cookie-cutter from the week before. Minnesota would jump out to an early lead, convincing fans the offense would be on track for the afternoon or evening. The defense would be sturdy for about three quarters, too. Then, the offense would take a nap during the innards of the game, embracing boring playcalling and manufacturing fruitless drives. Somehow, the Vikings would stay in the game until the very end – and the defense would collapse, allowing the opposing quarterback to march down the field for a pivotal score.

In those games, the Vikings exited with a 3-5 record. The anemic offensive approach wasn’t working for a simple reason. The Mike Zimmer-led defense from 2017 and 2018 was nowhere similar to the 2021 edition. Those were great defenses. The 2021 defense is decent.

Well, the realization set in. Zimmer – or somebody in the organization – decided the time was now to take the lid off the offensive playcalling and beat teams rather than not-lose to them. Lo and behold, the decision was smart.

With the newfound mentality of step-on-throats late in games, the Vikings offense is making plays and beating teams like the Los Angeles Chargers and Green Bay Packers.

The 65-year-old commented on his quarterback’s recent acumen for acting aggressive. And Zimmer approves. In fact, he wants Kirk Cousins to be even more assertive, taking shots downfield while conceding interceptions. Who cares about interceptions? That seems to be the new Vikings blueprint. Here’s the evidence:

Until it stops working or the Vikings miss out on the playoffs, the Vikings are hunting jugulars.

When was the last time you felt that way about a Vikings offense? 2009 with Brett Favre in charge? Maybe Adrian Peterson singlehandedly murdering opponents in 2012 en route to an MVP award?

Regardless, it’s been a long time. But the Vikings are jugular hunting now – and the assassin strategy works a hell of a lot better than the Zimmerian stuff from 2016. Protecting leads with a pretty-good defense doesn’t work in 2021 – not in a league that does every imaginable to promote supersonic offense.

The question for Zimmer’s paradigm shift is timeliness. Is he too late? Minnesota must win about four of the final seven games to reach the postseason tournament. There, anything is possible.

For Zimmer to be fully comfortable via job security beyond this season, he likely has to reach the playoffs and probably avoid a faceplant when he gets there.

Swapping game management styles is a wise decision – especially when Justin Jefferson, Adam Thielen, Dalvin Cook, and Kirk Cousins are on the roster. Let’s hope it’s not too late.

The way Cousins is playing — 22 touchdowns to just three turnovers — the sky, in theory, should be the limit on offense.