The Vikings and These Damn Anxiety-Filled Games 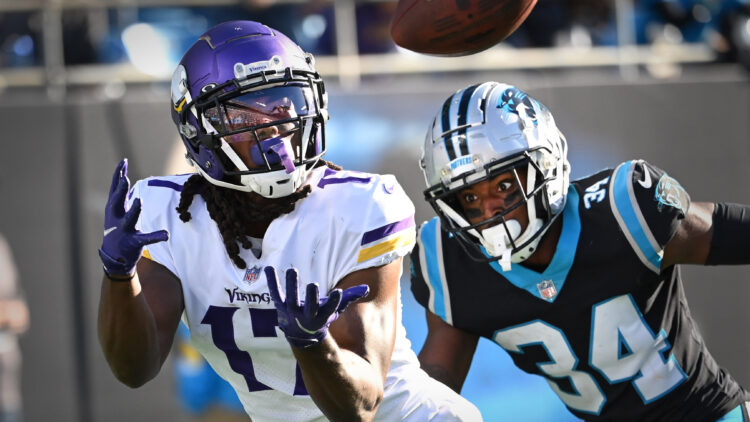 While it’s tempting to declare “all Vikings games are nerve-wracking,” the phenomenon is recent — at least for this current raucous clip.

The Mike Zimmer-led Vikings did not incessantly get embroiled in tight affairs during his first six seasons. They just didn’t.

In fact, from 2014 to 2019, the Vikings participated in the second-fewest games decided by seven points or less. Before the pandemic season, Minnesota either won decisively or lost decisively. It was Zimmer football.

Now, Zimmer football is a lightning rod for fasten-your-seatbelt, white-knuckled Sundays. What the Vikings are doing in 2021 for anxiety-filled contests is not normal. At all. Here’s the variance from the earlier part of the Zimmer era.

Whether you like it or you don’t — you probably don’t — tight affairs for the Vikings are brand new, especially in rapid-fire succession.

Before 2020, the Vikings ranked third in the NFL for wins by seven or more points. From 2014 to 2019, Minnesota won 43 games by seven-plus points, only outdone in the metric by the New England Patriots and Kansas City Chiefs.

The Vikings are playing the Philip Rivers brand of football, ensuring every game goes down to the wire. You remember the vibe — flip on a San Diego Chargers game during the last decade of Rivers’ career, and that son of a gun was virtually assured to twist down into the final minutes of the 4th Quarter. That’s what the Vikings are doing in 2021 — and even started the tendency during 2020.

Thankfully, quarterback Kirk Cousins is equipped to lead the team in such situations. Since joining the franchise via free agency in 2018, Cousins owns a passer rating of 105.6 when the game is within a score margin of seven points. And that ranks sixth-best in the NFL during the timeframe.

He also contributes blunt-force touchdown passes in ultra-close games at an elite level.

Minnesota undergoes a sigh-of-relief bye week in the next seven days. Then, the team embarks on games versus the Dallas Cowboys, Baltimore Ravens, Los Angeles Chargers, and Green Bay Packers leading up to Thanksgiving. Each of those teams is marvelous. So, if the Vikings are actually good — the jury is still out on that — more tight games are heading to your living room.

For better or worse, this is a new thing. The temptation is to get cynical and declare all Vikings games are slobberknockers. Nope. This is new. Before the start of 2020, compared to the rest of the NFL, most Vikings games were relatively dull.

But not anymore. Not by a longshot.