The Chicago Bears Defense Died in a Matter of Minutes 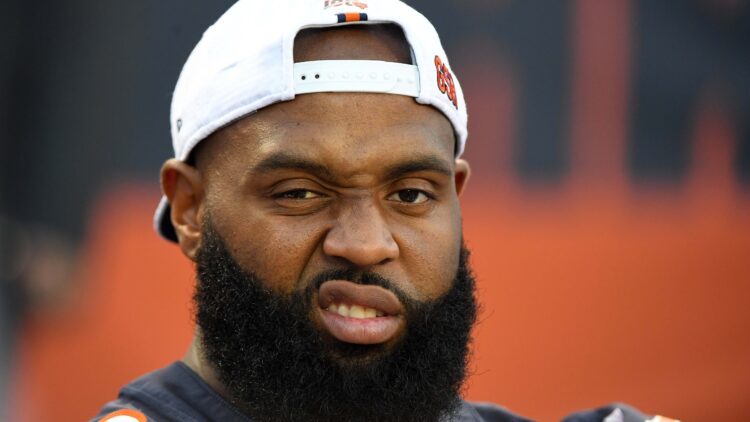 The Minnesota Vikings secondary foe, the Chicago Bears, is in a state of abrupt flux. General Manager Ryan Pace was hypothesized as a serious player in the Russell Wilson Sweepstakes for the last few weeks.

That utopia was denied when the Seattle Seahawks purportedly turned down a sizable trade package for the 32-year-old Wilson.

Contingency set in. And that plan was to sign former Cincinnati Bengals signal-caller, Andy Dalton. Barring some spicy trade pizzaz in the 2021 NFL Draft, Dalton will be the team’s Week 1 starter this autumn.

The disappointment of losing out in the chase for Russell was palpable for Chicagoans. Was it ever real? Probably. Wilson and the Seahawks are embroiled in an odd tug-of-war regarding the quarterback’s long-term future. In an interview several weeks ago, Wilson indirectly asked the Seahawks to fortify the roster with beefy offensive linemen to disallow sacks. Wilson has been sacked more than anyone since 2012. The Seahawks didn’t explicitly respond, instead doing rather little to placate the frustrated quarterback.

So, the Bears made their push for Wilson. It didn’t work. It was back to the drawing board with the Red Rifle as the 2021 solution.

And then Thursday night, the defense began to systemically unravel.

First, it was a proverbial cap casualty.

The #Bears are releasing veteran CB Kyle Fuller, sources say, a cap casualty. In a tough 2021 offseason, this is Chicago’s only cut due to cap space. A former All-Pro corner now hits the market.

Fuller, 29, is an All-Pro cornerback and two-time Pro Bowler. He will vie for a third Pro Bowl outside the state of Illinois.

The Virginia Tech alumnus has tallied 19 interceptions since 2014 when he entered the NFL – the ninth-most during the timeframe. In 2018, he was arguably the best corner in the business, allowing a slender 63.7 passer-rating-against to opposing quarterbacks.

Fuller was a stalwart of Chicago’s secondary, and now he will probably head westward to reunite with former defensive coordinator Vic Fangio in Denver (who is the Broncos head coach). Although, that is not confirmed at the time of this article’s publication.

In a now-deleted tweet (hence the screenshot), safety Eddie Jackson tossed up a disgruntled emoji.

Jackson is another All-Pro and Pro Bowl talent, a staple of the Bears defense since he joined Chicago in 2017 from the University of Alabama.

To be clear – Jackson has not insinuated that he, too, is departing the franchise, but this sort of frustration is less than ideal. Of course, this deleted tweet is presumably in reference to his pal, Kyle, exiting the organization.

On Wednesday, the Bears released another defensive back in Buster Skrine, but he isn’t on the level of Fuller or Jackson. But who knows how close Jackson is with Skrine? Perhaps the “at this point” is attributable to the wholesale release of the Bears existing secondary personnel.

And then it gets better – or worse – depending on your perspective.

The next [and maybe not last] chapter of this capitulation involved Akiem Hicks.

More out of Chicago: The #Bears have given star DL Akiem Hicks permission to seek a trade, per @BradBiggs. Unclear if that's still the case, but Hicks is entering the final year of his deal and is due to earn $10.5M in 2021. If traded, he wants a substantial raise.

Cue the Queen song because Steve is walking warily down the street with his brim pulled way down low. Ain’t no sound but the sound of his feet, machine guns ready to go.

Hicks is a notorious Viking killer, and evidently now he wants out, too. The 31-year-old is a – you guessed it – Pro Bowl talent. Hicks notched his best campaign in 2018 when he scored a 91.7 grade as determined by Pro Football Focus.

The Bears are losing all noteworthy defensive players that are not titled linebacker on the depth chart. The organization kicks off a pivotal season – just like the Vikings – as the future of the head coach, Matt Nagy, likely rests on the 2021 win-loss standing. The stakes are high.

That’s why Wilson-to-Dalton was such a strange change of philosophy. The Bears have to win now if Nagy is to remain in charge. If the defense is not ferocious around Dalton and keynote wide receiver Allen Robinson is not happy, well, that’s a rough pathway to optimism.

Chicago always earmarks its reputation on defense – as in, habitually. It was not flabbergasting to anoint Andy Dalton as the starting quarterback. It’s what the Bears do at the quarterback position.

But a mass exodus of longstanding, star-studded defensive personalities is a source of total panic.