Suddenly, the Vikings Are in the Playoffs 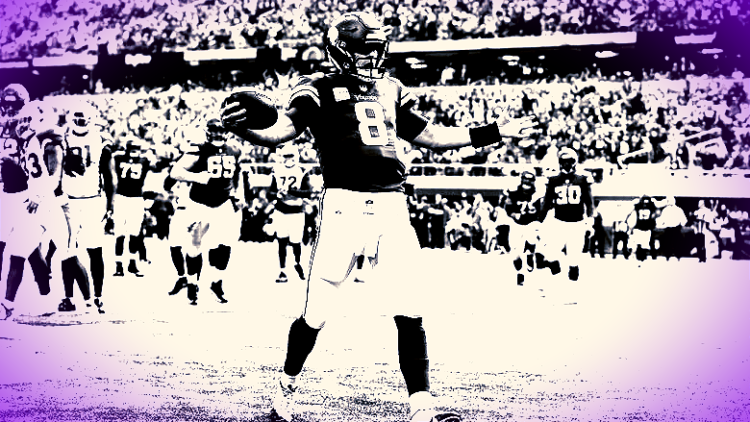 Two weeks ago, the Minnesota Vikings lost [another] heartbreaker to the Baltimore Ravens, plunging the team to a 3-5 record with little enthusiasm for the postseason. Rebuilds were discussed, coaching terminations were demanded, and the state of the franchise was in disarray.

Just 15 days later, after thwarting winning teams (the Los Angeles Chargers and Green Bay Packers), the Vikings are 5-5 with a grip on the sixth seed in the NFC playoff picture.

The games Minnesota was losing – close affairs to virtually every team on the schedule – are now morphing into close wins, evidenced in triumphs over the Chargers and Packers.

And the Vikings are doing it with offense – aggressive offense. Someone at the Vikings headquarters in Eagan decided to take the lid off the offense, calling plays in the 2nd Half of games aimed at winning rather than not losing.

The philosophical switch has made all the difference in the world.

An underneath, vanilla offensive approach endorsed by Minnesota for the first half of the 2021 season was kicked to the curb against the Chargers, and the mentality carried over to the division-rival Packers. Lo and behold, the strategy works. Minnesota’s defense is still clumsy in big moments. But behind Kirk Cousins – who has 23 total touchdowns and three turnovers in 10 games this season – the Mike Zimmer offense is circumventing defensive meltdowns. They did not do so enough to win games in the first nine weeks of the season.

So, for now, the Vikings own the sixth seed in the NFC, plopping the franchise in Dallas, Texas, for a wildcard date with the up-and-down Cowboys – a team that beat the Vikings with a backup quarterback on Halloween night. If that seeding holds – it probably won’t – Minnesota would have vengeance on the brain in early January.

To the Vikings credit, they hold a playoff-seeding tiebreaker over the Carolina Panthers. They’re a quasi-rejuvenated team with Sam Darnold out due to injury and the reclamation-minded Cam Newtown in the starting lineup. Although, Newton’s Panthers lost to the Washington Football Team in Week 11, minimizing the pizazz of Newton’s prodigal-son return to Carolina.

The playoff picture thickens this weekend. The Vikings travel to California – again – taking on the San Francisco 49ers in a game dripping with postseason implications. A win on the road in Santa Clara would firmly announce the 2021 Vikings are here to stay – at least for a crack at postseason football. A loss, well, would entail a bit of “back to the drawing board” emotion. Yet, the Vikings playoffs hopes are not dead with a road loss to Kyle Shanahan’s 49ers.

Somehow, the Vikings are now an offense-first team after seven seasons of self-professed defense-always inklings. The Zimmer defense is still decent but is no longer the mighty force orchestrated in his first six seasons.

So, Minnesota will have to rely on a suspect defense to stop the aforementioned 49ers. Shanahan is coined a “young, offensive-minded head coach” that everybody covets. However, his Niners run the football more than the Vikings.

If the defense is porous, Cousins and the playmakers will have to win a game once again. Because that’s what these 2021 Vikings do, evidently – win ballgames with offense.

San Francisco is favored by three points to defeat Minnesota.