Mike Zimmer Has No Appetite for Mediocrity 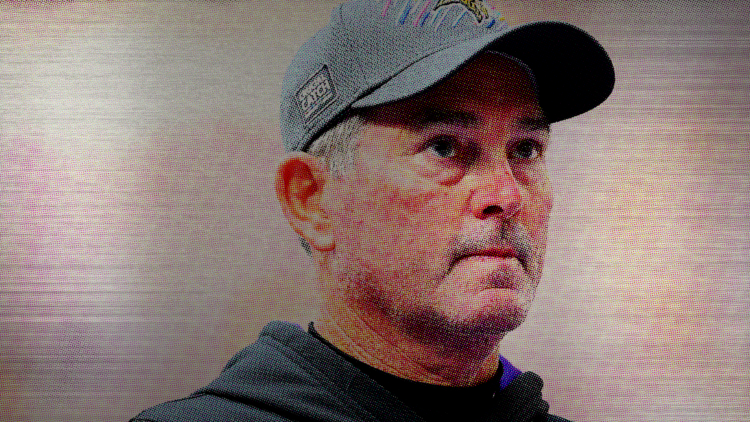 Most NFL coaches (and sports coaches, for that matter) use the mantra “we’re only focused on the next game in front of us.” Or something to that effect.

But not Mike Zimmer.

The Minnesota Vikings head coach wants them all, setting his sights on a lengthy win streak. The Vikings can boost their 2021 win-loss record to 6-5 this Sunday with a road victory over the San Francisco 49ers. And Zimmer wants more:

This is bold. Not that Zimmer wants to take teams for granted, but proclaiming a run-the-table appetite in the Vikings culture directly contradicts what coaches typically say in similar situations.

One of the frequent criticisms of Zimmer – there are several, especially win the team loses games – is his alleged tendency to effectuate mediocrity. Since Zimmer took over the franchise in 2014, Minnesota is the NFL’s eighth-best franchise per win percentage (.570), notably better than the Dallas Cowboys, Los Angeles Rams, and Indianapolis Colts. Yet, for some, eighth-best is the equivalent to mediocre. Based on a reasonable definition of mediocre and the objective in sports to win games, Zimmer’s Vikings are emphatically not mediocre.

But that doesn’t stop the media machine from shouting it to high heavens. From 2014 to now, the Carolina Panthers are 61-61-1 (.500), ranking 16th in the NFL for win percentage. That is mediocre – exactly average. The Vikings are above average at eighth in wins during the timeframe.

Zimmer’s chief malfunction is switching good seasons with mediocre ones. The Vikings are never bad-bad under Zimmer. However, in every even-numbered season (2014, 2016, 2018, 2020), Minnesota misses the playoffs and wraps things up with a mediocre record. That’s the knock on Zimmer.

Well, he’s sick of it. A 6-5 record gives him no joy. His plan is for the Vikings to rip off a nine-game winning streak, ending the 2021 season with a home playoff game or very prestigious wildcard seeding. And this soundbite from Zimmer mirrors his performance from the last two weeks. He seems like a different human. Normally for the Zimmer Vikings, the defense acts as the game-decider. Over the previous two games, though, Zimmer changed – with the snap of two fingers – into a risky, offensive-minded killer. No longer does he wish to sit on leads. Zimmer’s Vikings have gone for killshots in the last two games.

They’ll love it even more if Zimmer is correct and the Vikings win the next seven games.

It starts on Sunday in Santa Clara, California, where the Vikings take on a team that runs the football quite well. What is Minnesota’s 2021 Achilles heel? You guessed it – stopping the run.

So, we’ll see just how committed Zimmer is to change in Week 12 because it would be fabulous for the Vikngs to begin stopping the run. The 49ers are an apropos test for it.