Left for Dead Weeks Ago, the Vikings Roar Back in NFL.com’s Power Rankings 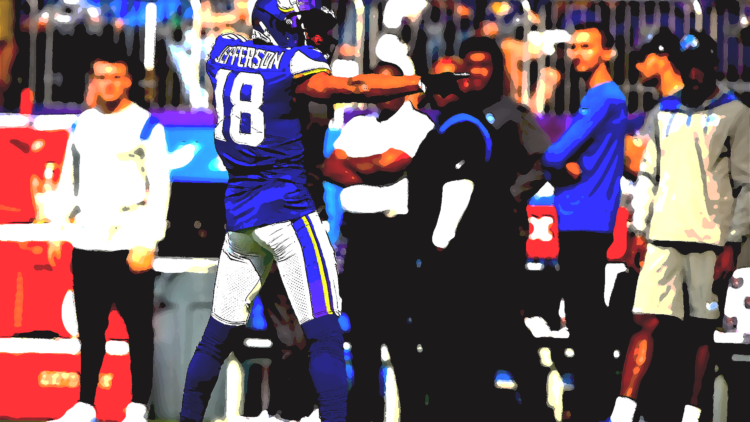 Welcome to the second half of the season for the 2021 Minnesota Vikings, a team called perhaps the best team in the NFC, according to NFL.com’s Dan Hanzus.

Around 16 days ago, the Vikings lost a heartbreaker – there are a lot of those – to the Baltimore Ravens, gut-punching the franchise to a 3-5 record with talk of coaching terminations abound. Minnesota was in limbo, determining if it was a bad team with good players or a good team with a bad head coach.

Alas, the Vikings won two games versus winning teams after the Ravens mini-debacle, restoring faith for most already-cynical fans and convincing pundits the team might just be the real deal.

Most editions of power rankings classified Mike Zimmer’s team around the 20th to 23rd best team in the NFL two weeks ago. Now, per NFL.com, the Vikings have entered the league’s Top 10 pecking order. Minnesota sits at #10 through eleven weeks in the power rankings and is in the sixth spot for NFC playoff seeding. Hanzus wrote about the Vikings checking in at #10:

“The Vikings are the most predictable and — maybe — most dangerous team in the NFC. Kirk Cousins threw three more touchdown passes, including two to the unstoppable Justin Jefferson, in a 34-31 win over the Packers that served as notice to the rest of the league: When the Vikings are humming like they are right now, they can beat anyone. It came down to a final-second field goal by Greg Joseph, because, well, that’s the only way the team seems to know how to play.”

That’s a lot of respect for a team whose fans were focused on mock drafts two weeks ago. Somehow, the Vikings changed their philosophy, focusing on winning games via offense instead of marinating with leads. For much of the Mike Zimmer era, Minnesota could stifle teams with defense after the offense acquired a 10-point lead. Yet, that stopped working in 2021, so the Vikings were forced to adapt to the times. And for two games, they’ve done it, creating two wins and a back-to-.500 record through 11 weeks.

Surrounding the Vikings is westerly company. The Los Angeles Rams are considered by Hanzus as the ninth-best team in football, whereas the Los Angeles Chargers seized the #11 spot. That company would’ve been laughed at a couple of weeks ago, but the Vikings recent victories totally changed the narrative of their season.

Now, Minnesota really tests its mettle with a road showdown at the San Francisco 49ers this weekend. The 49ers have the same record as the Vikings, so they’re certainly not unbeatable. However, head coach Kyle Shanahan prefers to run the football – and thwarting the run is Minnesota’s chief weakness.

Therefore, if the Vikings wish to be 6-5 on Sunday evening, Zimmer’s front seven will have to figure out how to stop a fearsome rushing attack – and figure it out fast. Through ten games, Minnesota ranks sixth-worst in the NFL at stopping the run, surrendering 127 yards per game.

That’s the task. Get to 6-5 by stopping the run, containing the otherworldly, Percy Harvin-like Deebo Samuel, and sacking Jimmy Garoppolo. On offense, all the Vikings need is more of the same.

Oh, and the 49ers rank 16th in the aforementioned power rankings. Despite all the Shanahannian things they do and the Super Bowl appearance from 2019, San Francisco is still an average opponent.

The Vikings have not won at San Francisco in 14 years. In that game, the late Tarvaris Jackson took on Shaun Hill and Trent Dilfer.