If Bruce Arians Can Win a Super Bowl, So Can Mike Zimmer 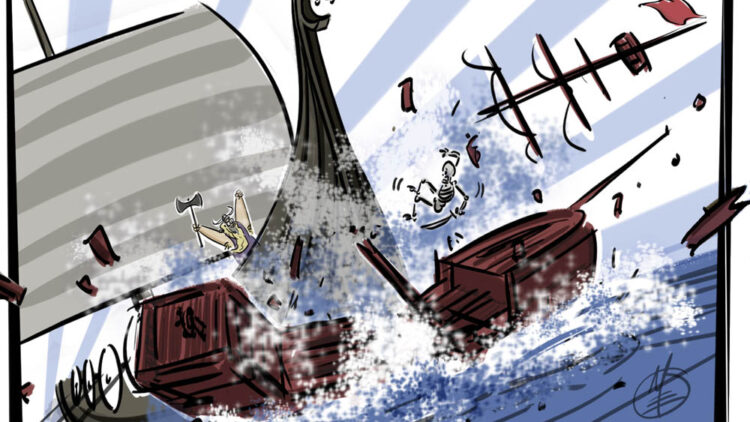 The Minnesota Vikings were bystanders to the NFL Playoffs and Super Bowl. The 2020 season was a tumultuous one as the draft was virtual, preseason was nonexistent, an unusual flurry of injuries affected major stars, and Tom Brady wore non-Patriot clothes for the first time.

The experiment for Brady worked out in Tampa Bay.

Head coach Bruce Arians broke through to February relevance, a feat previously elusive from his resume. He took over in Tampa Bay during 2019 and immediately grimaced as his quarterback, Jameis Winston, tallied interceptions like Kevin Durant does points in single NBA games. That’s right, Winston tossed 30 picks.

Of course, he was not a part of the long-term solution for Arians’ Buccaneers, and Winston signed on as a reservist player to Drew Brees with the New Orleans Saints. Brady and the Buccaneers would late topple the Saints in the Divisional Round of the NFC Playoffs. A little bit of minor poetry for Arians there.

Arians, 68, was always classified in the “damn good football coach” category before Super Bowl LV. When the Buccaneers shocked and utterly dominated the Kansas City Chiefs last week, Arians entered rarified realms of coaching stardom. His experience and long trek through the NFL finally culminated with a Lombardy trophy hoist.

Tampa Bay winning the championship pumped the brakes – again – on the obsession with young head coaches. The Buccaneers pillaged through the postseason without a young head coach. In fact, they employ the inverse – a man nearly 70 years of age.

Arians’ triumph is yet another example that old coaches still get the job done. And so can Vikings skipper, Mike Zimmer.

This Is Country for Old Men

It’s time to dispel a myth.

Young coaches – some of them – are doing a marvelous job as a beacon of youth in the NFL. Kyle Shanahan, Matt LaFleur, and Sean McVay are examples. Habitually, for the most part, all three are reaching the postseason. Yet, none of them are winning Super Bowls. Sooner or later, the notion that young coaches are the meal ticket to winning championships must be deconstructed.

If that is not obvious already, it should be clearer after Super Bowl LV. Bruce Arians is old. Andy Reid is old – and he was old last year. Before that, it was Bill Belichick that won the Super Bowl. He’s old.

Men who are not young are the gentlemen winning in February. Period.

Ages of SB-Winning Head Coaches,
since 2015:

"We need a young offense-first mind to lead the enterprise."

That evidence is a smoking gun.

Young Coaches Good but Not Sealing the Deal

The old-man Super Bowl correlation is not an insult to coaches in their 30s. No organization needs to be skittish about employing a young head coach. Youthful coaches are merely not getting the whole job done – yet. Someone will breakthrough — probably when the titans of industry coaches such as Belichick and Reid retire.

To date, the younger skippers are getting close to the Promised Land. But they’re stumbling. Packers coach Matt LaFleur was schooled by Arians in the NFC Championship – just like Sean McVay was topped by Belichick in the Super Bowl two years ago.

One should be elated by youth-infused coaches exhibiting innovation and changing the game. It will just take a while for one to be victorious on the grandest stage.

And, yes, by implication, this means all the other old coaches can win championships, too. Just like Arians finally did.

The ask of Zimmer for his team and the vice-versa ask of fans for Zimmer is straightforward – but oh-so humongous.

One season – just one – all facets of the team must coagulate. Think the 2017 Vikings defense with the 2020 offense and an average special teams bunch that does not blow costly kicks at inopportune times. That’s it. Pair the good with the good. Ask the stars to align. Avoid strange outcomes like Gary Anderson from 1998 or Blair Walsh from 2015.

This does not outwardly seem like “too much to ask,” but in many respects, it is gargantuan.

Zimmer is directly in the age range that the recent Super Bowl-winning coaches dwell. Head coaches in their 60s is evidently have a sweet spot for Super Bowl success. The Vikings may not embark on a dynastic run – although anything is possible – but one year should be able to conjoin forces of competent sections of the depth chart. Much like Arians in 2020.