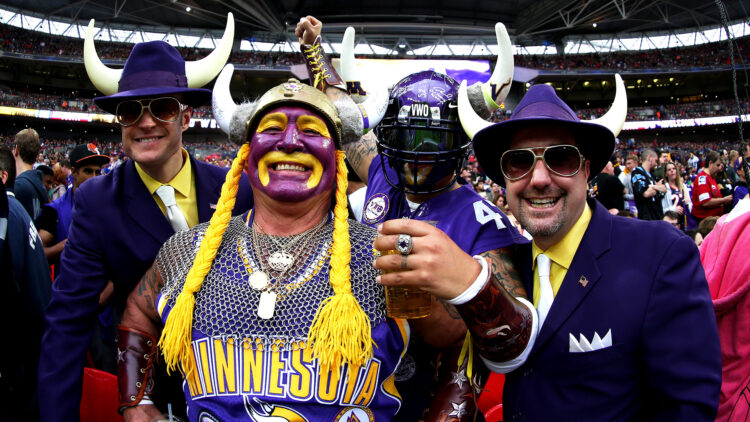 **Before we begin** – I want to be sure to make it crystal clear that despite the tone that this article will cover, COVID-19 remains a global pandemic that we need to take seriously. COVID-19 is still running rampant around the world and it remains a problem that we are dealing with here in The States as well. Thanks to the tireless efforts of scientists working on vaccines and doctors advancing care for patients, we’re at a point here in the United States where we can start looking forward to things opening up again. This list is just that, an exciting look ahead as we hope for full crowds at U.S. Bank Stadium when the Vikings host the Seattle Seahawks in September…as long as we all do our part, whatever that might look like.

It’s become SUPER TRENDY right now on social media to create, share and discuss your Post-COVID bucket list with all of your followers and friends. Social media influencers are putting together their lists of favorite restaurants, social hot spots and concerts that are on their calendars (for my money, Twin Cities Summer Jam is gonna be a blast this year!).

So why can’t we, as Vikings fans, do the same?

So I took some time over the weekend to formulate a starting point for all of us. We’ll surely all have our own favorite things from Vikings football that will have more of a personal angle, but this should hopefully cover some of the collective events.

It’s been 511 days since fans stepped inside U.S. Bank Stadium to watch the Minnesota Vikings play in person. That game sucked, it was a field goal fest with the Chicago Bears that ended in a 21-19 Vikings loss. Furthermore, it’s been 532 days since the fans have seen a win in person at U.S. Bank Stadium. There’s a lot that we’ve been yearning for and this fall we’re gonna get it.

While the rest of the world stopped for the past year and change, construction over at Vikings Lakes in Eagan has not. The last time that fans were on site for Training Camp it was basically just the training facility in that area. This summer for camp, the fan experience is going to be WAYYYYY better! There’s a hotel, there’s an innovation center housing the eSports teams, there’s more restaurants built out in the surrounding area and parking galore! The Wilf’s plan for creating a complex where fans can play, stay and cheer on the Vikings is all coming to fruition! It’s unlikely that there will be photo ops with players or autographs this year due to the presence of coronavirus, but everything else is destined to be a gigantic party and celebration of football later this summer!

The fan celebrations known as Night Practice at Training Camp is a wonderful tradition that we were missing in our lives last year. Set up to be a family focused evening at the TCO Stadium out in Eagan, it’s live action football under the lights. The coaches open up the playbook a little bit to entertain the crowd, the Fan Zone is firing on all cylinders and the sound of fans cheering every deep pass and breakthrough run as if it’s the Super Bowl is the best!

It’s certainly the best day of my work year when we get the invite to head out to U.S. Bank Stadium to test out all of the new foods they’ll be offering on site for the upcoming season. But even for fans, the idea that they put so much thought into creating a fun experience for everybody. Fun foods, “Minnesotan” foods and most importantly, DELICIOUS new foods that are available to enhance your gameday experience.

Cracking open a cold one of your choice for Week 1 in Cincinnati!

It’s going to be amazing! With optimism running high and our first trips back to the stadium around the corner, watching that Week 1 matchup against Joe Burrow and the Bengals is going to be great. Hit up the mancave, invite your crew over and create the biggest nacho platter the world has ever seen! Week 1 is going to be so good!

There are so many parts to the gameday experience at U.S. Bank Stadium that Bryan Harper and his team have put together that we all miss so much! The little things make the experience amazing. Watching Ron Johnson and Rosie argue on the big screen pre-game, the formerly fire breathing dragon, the music…it all adds up.

Who will blow The Gjallarhorn for the first time?

It’s an honor usually bestowed upon someone worth honoring or someone with special interest with the team. It’s been a year since fans were able to experience this kickoff to gameday and you’d have to think that the organization will put some thought into the horn’s return.

The return of The SKOL CHANT!

Right in line with the Gjallarhorn, the honorary leader of the first Gjallarhorn is the one who kicks off the SKOL CHANT. I don’t care if we stole it, borrowed it with permission or whatever from the Iclandic soccer team, the SKOL CHANT is one of, if not the coolest experiences in all of football. It’s sweet to kickoff the game leading right up to kickoff, but man, there’s nothing better than a fourth quarter SKOL CHANT when the team’s locked into a tight game and the drum beat starts… “BOOM-BOOM-CLAP! BOOM-BOOM-CLAP!”

It’s criminally underrated and something that everybody should experience at least once, but man does U.S. Bank Stadium truly shine at night. The dark Minnesota sky seen through the clear roof, the light shows for pregame and after scores…but when they drop the lights for intros and the whole place goes dark…and then purple…and then you hear the music…man I really do get goosebumps! There’s two opportunities this season for home night games, first is Halloween night against the Cowboys. That experience should be ratchet! And then a Thursday night game against the Steelers as well.

This is minor, but it’s always associated with good memories in my mind. After a Vikings win at home, the pyrotechnics team will spend all the remaining fireworks that they have on hand as a celebratory show!

The 2021 Inductee into the Ring of Honor…

It’s always a fun experience when the team inducts a player in the Ring of Honor. You get vignettes all through the day, a halftime presentation and an honor bestowed upon a great Minnesota Viking. Who will be the 2021 inductee?

So let’s get at it people, let’s continue moving in the right direction and get to a point where we can safely start checking some of these things off of our Bucket Lists!

Do you have any other items that you would add to this list? Throw it in the comment section below…

Let’s crowd-source this Bucket List and enhance the lives of Vikings fans everywhere!