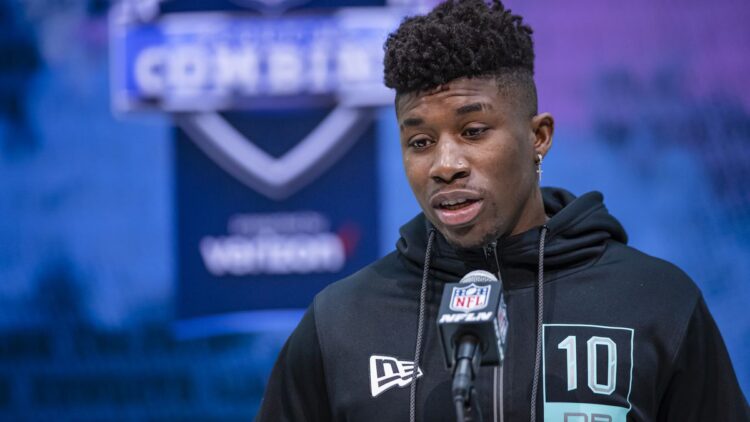 #Breaking I’ve learned from sources that #MinnesotaVikings Cornerback Jeff Gladney has turned himself into the Dallas County Jail after the #NFL player posted a $10,000 bond on a charge 3rd degree felony family violence assault. pic.twitter.com/Wz6mTReTzP

According to CBS 11 Dallas reported JD Miles, Gladney faces 2-10 years in prison if convicted. Gladney allegedly assaulted a 22-year old woman, who told police she was in a relationship with Gladney, over text messages she had received.

Gladney is accused of hitting the woman with closed fists, choking her, and pulling her by her hair while driving with her outside of his car. She reportedly had bruises on her face and scrapes on her knees, and fled to another car with unknown passengers.

The impact here goes beyond football, obviously, but as a site that focuses on the Vikings as a whole it’s hard to overstate what this means for Minnesota. Gladney was the fifth first-round corner selected by Rick Spielman, and the fourth under Mike Zimmer.

With Draft mate Cameron Dantzler, the Gladney ended the 2020 season on a strong note (especially in the run defense game) and had many excited for what was to come in 2021.

It’s hard to imagine that Gladney will play in 2021 under the NFL personal conduct policy. That makes the free agent acquisition of Patrick Peterson incredibly apt and important, but it wouldn’t be surprising if the Vikings looked at yet another corner in the early rounds of this months Draft. For more on that, click here:

Stay tuned to the UFFda! Sports network for updates.