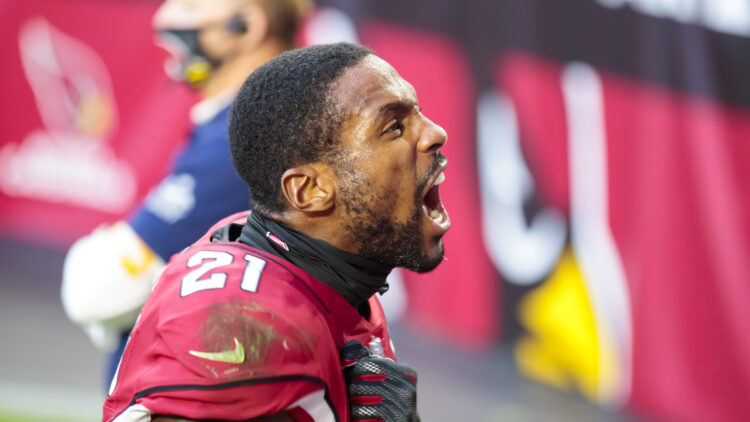 Note: Sometimes things happen with the Minnesota Vikings, their coaches, players, media members or fans that are much bigger than what at the end of the day is just a game. Today’s Jeff Gladney news is that, but as a network that covers the team from every imaginable angle we also have to discuss the impact of today’s news in that regard while also noting that this obviously transcends any on the field impact.

While many in Minnesota Vikings land were over the moon by/with the Vikings’ all defense free agency class, many in the national media essentially labeled the same on a range from abject failure to mediocre at best.

Like my vitamin deficiencies the national media mostly gave the Vikings’ new players C’s and a D (Contribute to our Patreon to keep all of our content free and me free from rickets!). Hmm.

While I was also a bit more sour, to borrow a phrase from Baker, than most in Vikings media-land I did feel that the free agency class (which according to Pro Football Focus’ 2021 Free Agent ranker were basically topped out by Dalvin Tomlinson, who PFF ranked as the 47th best free agent) would have an outsized impact in Minny. Or at least a bigger impact than their ranking would imply.

Mackenzie Alexander, who PFF ranked as the 96th-best (or “best”?) 2021 FA, is bringing years of inside knowledge of how Zimmer’s esoteric defense works. That muscle memory (and inevitable life-long nightmare fuel) means that Alexander is much more valuable to the Vikings than most nickel corners would be, or more valuable than he clearly was to the Bengals.

Tomlinson? When the Vikings put together their post-Bye run last season, their most glaring weakness (outside of the offensive line) was the interior of the defensive line. With Michael Pierce opting out for COVID reasons the Vikings essentially played all year without an actual nose tackle and opposing teams/running backs took advantage.

Adding Tomlinson alongside Pierce? You could argue that they now have two nose tackles or at least BIG bodies to clog up the middle. With Anthony Barr and Eric Kendricks returning, and Danielle Hunter hopefully playing, in 2021? You can see how and why adding someone like Tomlinson or Alexander was perhaps not appreciated fully by those in the national media that look at the above referenced rankings to determine their grades per team.

Beyond that, the Vikings had some struggles at the corner position early in the season, which lead head coach (and whatever the opposite of a life coach/motivational speak is) Mike Zimmer to exclaim that he felt like he was coaching “Kindergartners” in rookies Jeff Gladney and Cameron Dantzler (among others).

As the season progressed, though, both emerged as not only legitimate starters but also showed flashes of brilliance on the field while also learning to color inside the lines and play/share wooden blocks. Gladney quickly became one of the best run stopping corners in the league, where as Dantzler started to look like a shut down corner.

All they needed was a veteran “coach on the field”. Enter Patrick Peterson. When the Vikings announced that they’d signed former All-Pro Peterson, a player that just turned 30 last season and burst onto the scene as one of the best corners in the NFL, that outsized impact was again on display/overlooked by those in the national media.

With the news today that Jeff Gladney has been charged with third degree felony family assault in Dallas County, the already outsized impact of Peterson’s signing has grown exponentially. That is with or without another rookie corner being selected at the end of the month.

Some have surmised that Peterson would’ve started over Gladney anyway. I’m not entirely sure that’s the case. We had/have an entire off-season/pre-season of practice, camp, scrimmages, etc. to get through before the first depth chart is released. While Peterson is a former All-Pro, and it’s hard to make a lot about a one-year deal during the COVID cap era, I don’t think the Vikings are going to just bench a recent first-round pick (unless he’s just a disaster, which wasn’t the case in 2020).

Sure, Dantzler stole his shine as things progressed, but midway through the season other sites were writing articles like this.

So, I do think that he was going to at minimum split time with Peterson with the goal being Peterson fulfilling the coach on the field role people pointed to when he signed, so after his one year was up Gladney was at or near his full potential. That’s a best case scenario that is suddenly moot, but it’s worth noting.

But back to the Draft.

Zimmer has shown before that he doesn’t really need a reason to draft a corner in the first round (as he drafted Mike Hughes in the first round of the 2018 Draft despite having two first rounders and a second rounder on the outside and slot, respectively), but today’s news completely alters what many in the draft game (like the fellas at our brand new NFL Draft news/analysis/player profile database site TheDraftTeam.com) thought the Vikings draft plan was or could/should be.

If the Vikings do end up using an early pick on a corner (which I’d almost guarantee will happen before the fourth round) it won’t not only diminish Peterson’s impact, it will increase it both on-and-off the field.

Beyond the “coach/veteran on the field” role is the increased impact that signing Peterson now has on a play-by-play/down-by-down basis. Peterson may not be the same player he was during his All-Pro campaigns (2011, 2013, or 2015) but he will immediately become the starter opposite Dantzler on the outside and could be rejuvenated by Zimmer’s tutelage and system.

The Vikings also have the aforementioned/once superfluous Mike Hughes, who will essentially be playing for his career in 2021 after multiple injuries have derailed what started out as a promising looking career.

With Alexander back in the slot (and the above), the loss of Gladney isn’t necessarily a complete disaster for the Vikings. However, it could quickly become one if Zimmer and Spielman use any early pick on a corner instead of an offensive lineman (tackle or guard).

While losing Gladney is big, huge even, as I stated on my weekly co-hosting gig on Bob Sansevere’s ‘BS Show’ (when were debating the philosophy of ‘Best Player Available’ vs. drafting for a position of need) the Vikings:

A) Aren’t in the position as a franchise/roster to grab the best player available.
B/1A) The potential positive impact of shoring up the offensive line can’t be overstated (either).

The Vikings offense is not only built to execute now, but they’re nigh elite despite basically being ho-hum by design. Zimmer’s Vikings want to win games 6-3. Okay, that’s hyperbolic of me but they do want to control the ball and clock, and (especially in 2020) they want to have as many 10+ play drives as possible.

While 2020 was extreme, in that one of the main goals of the Vikings offense was to keep the opposing offenses on the sidelines for as long as possible, one of the main reasons the Vikings also weren’t and haven’t been a true deep ball/quick strike unit was that they simply didn’t have and haven’t had the protection needed for those plays to develop.

“I don’t have ten seconds”

That sums up Cousins’ entire tenure in Minnesota.

With the Vikings going all defense in free agency (not a great sign even though you’d think it’d limit the urge to draft defense defense defense) the hope (by people like me and apparently and suddenly everyone else) was that they’d invest in the interior of the offensive line (depending on what happens with Ezra Cleveland and the left tackle spot) with… Crazy thought alert… someone who has actually played guard before?

With Gladney likely our for at least the 2021 season (and if what has been reported is true, most likely forever) hopefully Patrick Peterson will be (relied on) enough for the Vikings to not yet again prioritize the guard positions last. They had a record amount of Draft picks last April with 15 total, and waited until the 15th pick (which was the second to last in the entire Draft) to select an actual guard.

That can’t happen again as the Vikings currently have more questions than answers on their 29th-ranked pass blocking line and have enough (aging) talent now to make the argument that they could and should win now. Who wants to buy ‘In Peterson we Trust’ merch?