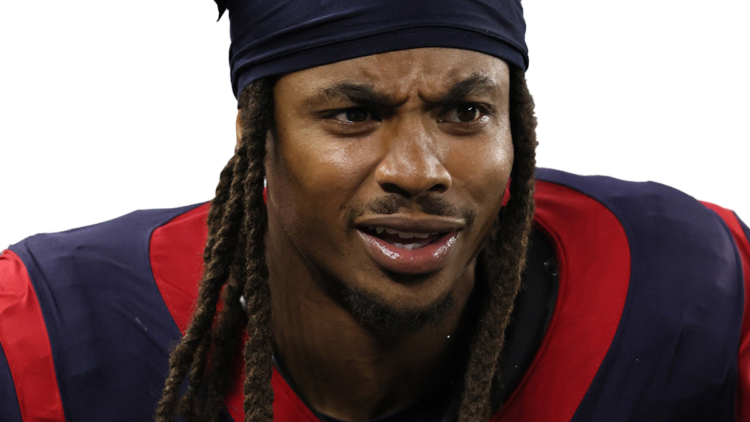 The Minnesota Vikings do not hold a stellar recent history for in-season or near-season trades. Follies like Kaare Vedvick, Yannick Ngakoue, and perhaps Chris Herndon are examples.

But Mike Zimmer’s team is a bit scant at cornerback for now in the wake of Patrick Peterson’s injury. The Vikings top corner is slated to miss at least three games with a hamstring injury.

If no free agents are signed and no trades are enacted, Zimmer will lean on Bashaud Breeland, the doghoused Cameron Dantzler, Mackensie Alexander, Harrison Hand, Kris Boyd, and maybe some practice squad personalities in the secondary.

Should Minnesota choose to get funky before the NFL’s November 2nd trade deadline, Brent Sobleski of Bleacher Report has a trade theory for the Vikings. He suggested on Thursday a peek at the availability of Houston Texans CB Vernon Hargreaves III. Sobleski wrote:

” […] Mike Hughes, didn’t work out, and he’s now with the Kansas City Chiefs. The organization sunk another first-round pick in Jeff Gladney two years later, and he’s no longer with the team after being indicted on felony assault charges. Minnesota signed veteran Patrick Peterson as a free agent, but he’s currently on injured reserve with a balky hamstring. Vernon Hargreaves III started for both the Tampa Bay Buccaneers and Houston Texans. He’s only 26 and is a free agent after this season. The Vikings should call the Texans in an attempt to add one more corner.”

Hargreaves was highly touted coming out of the University of Florida five years ago, selected 12 picks before the Vikings notoriously chose Laquon Treadwell in the 2016 NFL Draft.

Through five-plus NFL seasons, Hargreaves has encountered struggles but still snags playing time down in Houston. Through six games, he’s played 63% of all Texans defensive snaps, registering a 61.7 Pro Football Focus grade and one interception.

Here’s the full PFF resume for the Texans cornerback, who started his career with the Tampa Bay Buccaneers:

Those 60+ seasons are enticing for a depth corner, but the 40-something stuff is troubling, particularly because Hargreaves played north of 80% of all snaps in 2019 and 2020. That’s a big body of work to exude a grade in the 40s.

Nevertheless, the Vikings could be shopping for a cornerback. Zimmer loves corners as the joke circulates each draft season, asserting something like, “which CB will Zimmer draft this year?” Minnesota probably has enough oomph at cornerback to get through the next three games, assuming Peterson is only lost for that many matchups.

Yet, if the Vikings are interested, they can’t necessarily afford to hand out too many draft picks as trade capital. General Manager Rick Spielman is already deprived of one 4th-Rounder in next April’s draft from the aforementioned Herndon trade. So, a pick from the 6th or 7th-Round would likely have to be the bargaining chip for Hargreaves or somebody else. For Hargreaves, anything higher than a 6th-Round pick would be silly.

At the team’s bye week, the Vikings rank 12th in the NFL for passing yards allowed.