A Tale of Two Halves for Vikings vs. PIT 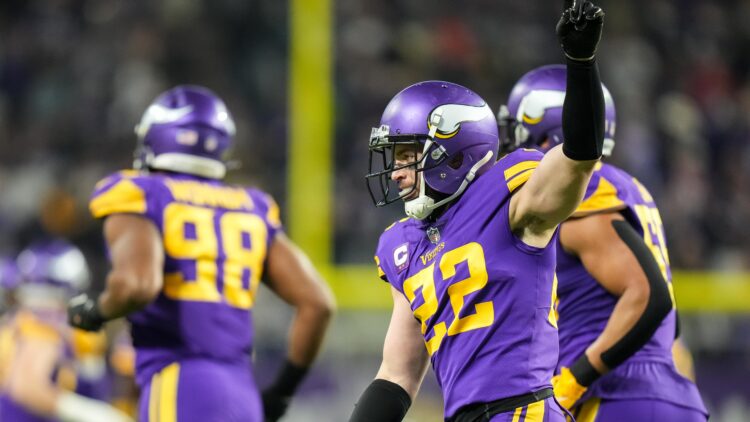 Coming off an agonizing loss to previously winless Detroit Lions, nobody knew what to expect out of this Vikings team. At 5-7 and out of the playoff picture, the possibility of this team showing quit was significant, especially on a short week against a tough Pittsburgh Steelers squad.

So how did Minnesota respond to the doubts surrounding them? With fire and thunder.

Well, not literally, but Pittsburgh was definitely feeling the heat in the first half on Thursday night, as Minnesota raced out to a 23-0 lead. And let me tell you, the first half was much more lopsided than that score would indicate.

I am going to be candidly honest. I thought the game was over. so I did not watch a single snap of the second half.

In the first half, Minnesota’s passing offense struggled. Still, it didn’t matter because the Vikings controlled the line of scrimmage, both offensively and defensively, with an efficiency Vikings fans have not witnessed in a long time.

But then the second half came around, or more accurately, the final 20 minutes of the game. Heading into the end of the 3rd Quarter, Minnesota amassed a 29-0 lead. Surely that should be enough to sit back and breathe easy, right?

Well, our beautifully twisted Vikings had other plans, stalling on offense while allowing Pittsburgh to score touchdowns on four of their five following drives, bringing the game within a single score.

Then, the Vikings offense tacked on a single touchdown early in the 4th quarter to create some breathing room over the charging Steelers.

After the Steelers scored their fourth touchdown to bring the score to 36-28, the Vikings offense faltered again, driving just 20 yards and taking just 1:58 off the clock before punting the ball back to Pittsburgh.

At this point, I had tuned in to the box score play-by-play, and I thought to myself, “Here we go again,” seeing an opponent down a touchdown with the ball in a two-minute situation. Those drives have tended to end extremely well for opposing offenses so far this season, and with the Steelers offense rolling, I had no reason to think this would end differently.

Thankfully, the Steelers were not quite up to the task (due to some Chase Claypool shenanigans, combined with a great play by Harrison Smith in the endzone), and the Vikings were able to come away with a victory that was much closer than it should have been.

So besides taking our heart medication, where do we go from here? What can we learn from this nonsensical game?

The Vikings team that showed up in the first half was nigh unbeatable. I haven’t had that much fun watching a Vikings game in a long time. Yeah, Cousins struggled, and Jefferson could have been better, but they have been the most consistent and productive players on the team. I am not worried about them at all going forward.

What I am worried about was the Vikings team that showed up in the second half. Pittsburgh scored 28 points in under 15 minutes of play, with Ben Roethlisberger looking like a vintage version of himself. Meanwhile, those huge holes that allowed Cook to have a historic first half? All dried up. So combined with Cousins’ inconsistent outing, the Vikings offense struggled in their attempts to score as the Vikings defense struggled to keep points off the board for the Steelers in the second half.

Here is Zimmer perfectly summarizing the Vikings performance on TNF.

If one word had to be chosen to describe Minnesota this season, inconsistent would be a runaway winner. This team just can’t seem to put together a full game. Every week something goes wrong, some part of the team struggles, or they fall apart for a quarter or a half.

But the team that showed up in the second half on Thursday night was a team capable of losing to anyone in the NFL. This crazy inconsistency dynamic makes for absolutely great and exciting football — which would be great if all we cared about was entertaining regular-season games. But we want more than that. We want to see this team make the playoffs and do well in the postseason.

Of course, every fanbase wants that from their team, but for Vikings fans, it’s extra painful since we know our team is capable of it. We see it every week in flashes. What we learned on Thursday Night Football just reinforces what we’ve known all season: When the best version of these 2021 Minnesota Vikings shows up, anything is possible. But they just aren’t capable of showing that side of themselves consistently.

This game proved once again that Minnesota could be a great team, but they aren’t there yet. And if the Vikings can put it together for both halves consistently down the stretch and sneak into the playoffs – watch out.

Also Read: Sure the Vikings won, but what in the world is wrong with Kirk Cousins?