The Vikings Seem to Have Figured Out Special Teams 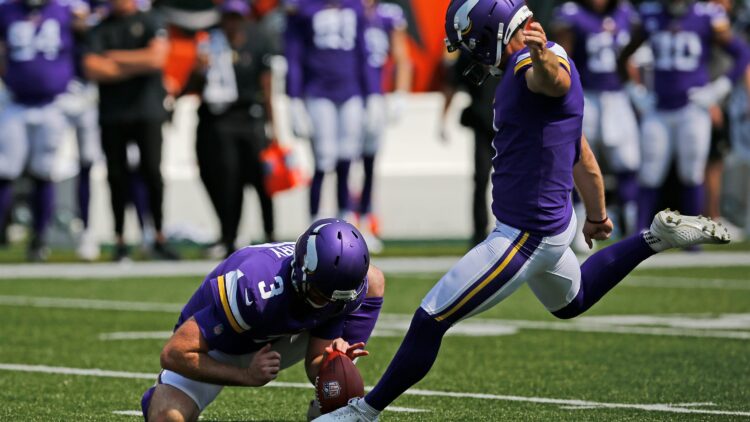 The Minnesota Vikings first week of the 2021 NFL season was disappointing to say the least. Against a team they were favored to beat, Minnesota couldn’t seem to get out of its own way, committing penalties and putting the cherry on top by “fumbling” away a chance to win the game in overtime.

What could get lost in the shuffle of the heartbreak, is that the Vikings special team unit was stellar. In the first regular season game for both punter Jordan Berry and kicker Greg Joseph, the Vikings routinely flipped the field and even made a 53-yard field goal to even send the game to OT.

Greg Joseph hits a 53-yarder to send the game to OT pic.twitter.com/SNKEw5kj8Z

This came after I had just written an article about how kicking was a concern last week. Joseph in particular proved me wrong in the best way. Not only did he bury his practice kick on the last second game-tying field goal, he backed it up with another even better kick after the ice attempt by the Bengals, even after getting a little extra encouragement from a Cincinnati player.

In the preseason, Mike Zimmer was on record as being “concerned” about Britton Colquitt’s punting. The front office felt that concern was enough to bring in Berry, who had previously punted for the Pittsburgh Steelers.

On Sunday, he showed why he deserved the job, posting an average of 50.2 yards per punt. He also netted two punts of 60+ yards, which of course also highlights the coverage team as having an excellent week. This came over eight punts, and really highlighted the ineffectiveness of the Minnesota offense. However, if the Vikings are going to be that poor on offense, the punter really is going to make or break a lot of games.

It seems that this effectiveness from the special teams is exactly what Zimmer has needed for years, and kept the Vikings in a game that they frankly had no business staying in. The Bengals aren’t the best team in the league, so there’s certainly cause for concern, but if Minnesota can clean up their game and the special teams can remain rock solid, the Vikings should at least be competitive in most games in 2021.

Most importantly, it seems that the Vikes have their first reliable kicking/punting duo since the days of Ryan Longwell and Chris Kluwe. That’s something to feel good about after a week that was so disheartening.