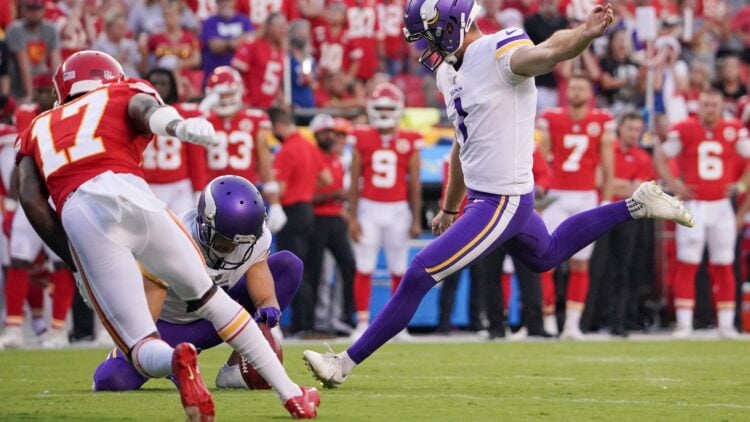 The Minnesota Vikings parted ways with kicker Dan Bailey early in March of this year. That would have given the team plenty of time to find a suitable replacement for the once automatic Bailey. However, we are about to enter the first week of NFL football, and the Vikings are currently rolling with an uninspiring Greg Joseph.

For a team that has had its kicking woes over the years, you would think the Vikings would have tried to address the position before what could be a pivotal 2021 season. Joseph doesn’t seem like the right answer after a shaky, at best, preseason. In three games, Joseph recorded six attempts and made four of those, for a conversion percentage of 66.7%.

Obviously, that’s not great, but the more concerning sign is that Joseph’s kicks almost all faded away to the right. This shouldn’t be a concern on closer kicks, but as you move further out, fading becomes a bigger issue. In fact, Joseph only made one kick over 35 yards, a 49-yarder against the Colts that did look excellent. Both times he was asked to step outside of 50 yards, he missed wide right.

One point in Joseph’s favor is that he took care of business on extra points, nailing the three that he had the opportunity to attempt. Joseph may end up serviceable, especially if Kirk Cousins and company can put the ball deep in enemy territory consistently. However, if the Vikings season comes down to a long field goal, well, let’s just say it’ll be time to pray.