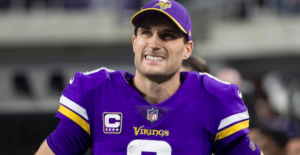 I love being a Minnesotan, I really do. But it’s days like today that make me sometimes wish that I wasn’t, or at least that things were different.

The Minnesota Wild are crushing our dreams and just represent the latest example of Minnesota Sports optimism getting slapped across the face with a rude wakeup call from the rest of the league. You’ll hear from many that “they’re a year-or-two away from making a run”,  and that may be true. But the fact that this phrase may as well be adopted as our state motto certainly is not a good thing.

I grew up here. I’m 35 years old and I remember when things were good when it came to Minnesota Sports. The ‘87 World Series was a little early for me, but the ‘91 Minnesota Twins hit me right in my wheelhouse. Summer mornings during my childhood were spent watching repeating versions of SportsCenter, World’s Strongest Man and then popping in the 1991 Minnesota Twins World Series VHS tape. Even the Timberwolves were rolling back then and we forgave them for year and year of early playoff exits because they made it fun and sprinkled in one deep run…

Twenty to thirty years later though and that’s all it’s been.

Outside of the Minnesota Lynx saving face for our state, the most that we as Minnesota sports fans can hope for is a decently deep playoff run by one of our teams, maybe every five years or so. And even with that, we know that it’s going to end with heartbreak and disappointment right at the moment when we all started to think that it could really happen, this could be the year…we know that this isn’t the year. It’s never “the year” here in Minnesota.

In fact, maybe it’s been a few years since you’ve heard this but the Twin Cities market remains the major sports market (major sports markets being locations with at least 3 of the big 4 sports represented) with the longest championship drought throughout the rest of the country. 2021 marks the thirtieth year since the city last one a major sports championship title.

But it’s worse than just that here in Minnesota. Our teams don’t even flirt with the final matchups, and when they do they get laughed at and watch their dreams get crushed with the rest of us.

The Minnesota Wild as a franchise have never even sniffed the Stanley Cup Finals. In fairness, they’ve only existed for 20 seasons, and they’ve made the playoffs in 10 of those seasons, but like their state counterparts it’s riddled with first round exits. Of the ten appearances, it’s been six first round exits (soon to be seven, yeah I said it) and only one deep playoff run where they got a little lucky to even be there back in 2003.

Here's the last time that each of the core-4 Minnesota teams won multiple games in the same post-season.

The Minnesota Timberwolves ended a 13-year playoff drought in 2018 but were summarily dismissed by the Houston Rockets in five games. Before that it was seven first round exits and the one deep run in 2004. While the team showed a little promise at the end of this season it still feels like they are miles away from the playoffs and lightyears away from competing for a title.

Then there’s the Minnesota Twins, owners of the longest playoff losing streak in professional sports history. This past March marked 6,000 DAYS since the team last one a playoff game, our friend Aaron Gleeman kindly reminded us of this fact with an article in The Athletic to highlight it. 18 straight games lost in the playoffs, for the record that also equates to six straight playoff series without a win, which is part of 8 straight first round exits for the Twins dating back to 2002. That was the only year in which they won a playoff series since the 1991 World Series…and it was only one series win. This was supposed to be the year for the Twins to bounce back and change this narrative, but presently they’re the worst team in all of Major League Baseball.

Then there’s the Minnesota Vikings, our only hope of sorts to save our rebellion of sports fandom.

Not exactly the picture of playoff dominance themselves, they remain the state’s most recent push for a playoff run. While the disappointment surrounding the Vikings is ever-present, they have made runs to the NFC Title game, most recently back in 2018. But even the Vikings have failed to win multiple playoff games in the same season dating all the way back to 1987…woof.

But it’s the Minnesota Vikings that represent our state’s best chance at changing the story when it comes to Minnesota playoff disappointment. This is not a claim that they will do this, but they’re the team closest to competing. And with things changing a bit, they have a decent road to the playoffs and a chance at setting themselves up nicely.

The division is turning a bit in the NFC North and the Vikings are one of the only teams who should bounce back this season and outperform the previous year. If Aaron Rodgers does indeed leave Green Bay, the Vikings *should* walk their way to a division title and home playoff game. On top of this, they’ll be getting healthy again with Anthony Barr and Eric Kendricks back in the fold, then mixing in Dalvin Tomlinson, Patrick Peterson and Michael Pierce and there’s no way the defense can be as poor as it was a year ago.

On offense, they have the pieces with Jefferson, Thielen, Cook, Cousins, Smith and more to put points on the board. On paper this should be a playoff team. If they start clicking at the right time, stay healthy and handle business, they should get a home playoff game, have an outside chance at earning a playoff BYE and will give Minnesota fans a fleeting glimmer of hope. We talked about how their difficult schedule should battle test them and prepare them for said deep playoff run, and boom, there you have it!

But this is why it’s a bummer. In case you haven’t caught on to the overall tone of this article already, much of our sports fandom in Minnesota has been built on these sort of fantasies, prepared viewing the world through rose colored glasses, with the last strain of optimism in our sports fan hearts invested in the “this could be the year” narrative.

That’s what our fandom in Minnesota has come to. Unrealistic, fantasy scenarios simply to give us something to hang out hats on. It’s an odd thing, but I still wouldn’t trade it for anything…I guess.