So do we even want the Vikings to make the playoffs this season? 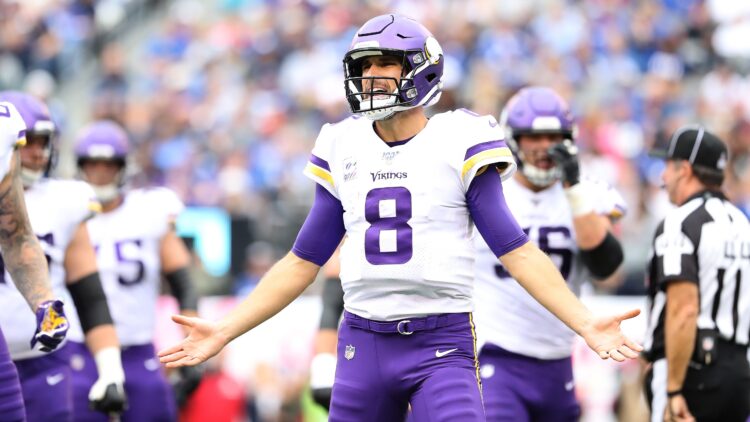 Okay, here we go…I already know that if you’ve made it this far and are reading this post, the title was likely a little triggering. Given the current temperature of our culture here in the United States, there are many that didn’t even make it far enough to read the article but are presently ripping both me and the idea of broaching this topic to shreds on social media.

This is the world we live in.

But alas, at it’s core this question seems silly, If you’re really a “fan” of the Minnesota Vikings your knee jerk reaction should almost assuredly be a “yes”. But I think we’re at a point in the organizations history where there is a bit more of a discussion to be had.

Presently, the Minnesota Vikings organization is stuck in a cycle of mediocrity. With the exception of a year here or a year there, the Purple have been a good, but not great football team. Almost always near the top of the division, but unlikely to reach the ultimate goal. Just good enough to remain stuck in the middle of the draft class, most commonly right after the so-called “sure fire” players are off the board. Because of this they’ve been forced to reach and often times overpay through free agency seeking the difference makers needed to take the next step. And in the draft, they shoot for the moon and if they don’t hit a homerun, well that also has it’s drawbacks.

We’re seeing the results of this formula playing out right now in front of our eyes. We have a decent team, with little money to spend and little depth on the roster. We’re stuck in the middle of the division, in the middle of the conference, technically only one-game out of the playoffs wondering if winning each week would be best for the team. That’s not exactly the most fun position to be in as a fan rooting for a team.

We’ve had this debate countless times on The Power Trip Morning Show and Minnesota Vikings Overtime, it all comes down to whether you’d consider yourself a “macro” or “micro” fan of the team. In economics those terms refer to “large scale” or “small scale”, for this argument let’s finetune that a little more to whether or not you’re a long-term fan or a short-term fan.

The long-term fans are looking ahead, all the while balancing what’s happening now. Observing and assessing the window that is open now and figuring how it fits with the potential changes on the horizon for the team. They’re following the 2022 NFL Draft Order each week as it changes, they know who’s under contract for 2022 (and who is not) and they’re starting to look ahead to see what the 2022 Free Agency and Draft Classes are looking like. Whether or not they think this team could make the playoffs, they have no hopes that the team would go far.

And then there’s this year in particular. There’s another set of variables in the mix that depending on where you land might move a micro to the macro, or a macro to the micro.

According to Jason La Canfora in a report from the beginning of the season, there’s an ultimatum out from the Wilf Ownership group that could determine the future of head coach Mike Zimmer and almost assuredly Rick Spielman. There’s for sure more nuance to it, but it’s essentially, make the playoffs or bust. So for fans that are ready for a change in leadership, they might be in the market for good, entertaining games that result in the team losing. For fans who believe in either Zimmer or Spielman, they’d take ugly wins over pretty losses.

The way I see it, this leaves us with four different groups of fans…

Knowing which camp I personally would fall in, I pushed the question out on social media to see where the masses landed. The results surprised me a little bit, here’s that poll. Cast a vote and see the current results…

So where do you fall on the spectrum? Are you cheering for wins the rest of the way?