At What Point Is Vikings Defense Not a Mirage? 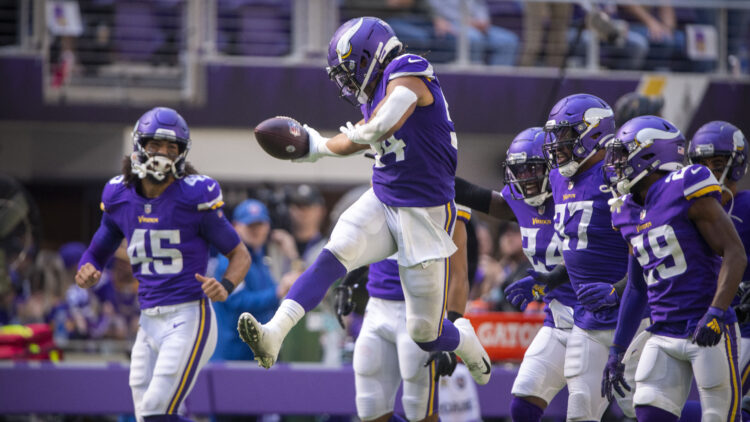 The Minnesota Vikings defense through five weeks ranks sixth-best in the NFL per Pro Football Focus.

The Minnesota Vikings defense through five weeks ranks eighth-best in the NFL per DVOA, a stat from FootballOutsiders.com.

The Minnesota Vikings defense through five weeks surrenders the ninth-fewest points to opponents.

So, either the Vikings defense is actually pretty good – and it just doesn’t feel like it yet – or three mathematical metrics are liars. You decide.

The easy retort goes something like this, “Well, they played Baker Mayfield and Jared Goff recently.” Who cares? Minnesota also dueled Kyler Murray and Russell Wilson. This stuff balances out.

Minnesota’s defense is not elite, nor is it sweltering like the 2017 bunch that propelled the team to an NFC Championship appearance. But just because a defense isn’t ferocious like the 2017 version – few teams are – doesn’t mean this 2021 defense isn’t getting sneaky good. Indeed, shortcomings exist preventing the current defense from damn-good classification. Mike Zimmer’s group allows the fourth-worst yards per rush to opposing ball carriers. As of now all together, the Vikings rank 19th in total yards per play allowed – they’re giving up chunky yardage. And, too frequently, teams are scoring on Minnesota when they reach the redzone.

Areas requiring improvement exist – but nearly every team in the NFL has those on all sides of the ball. Minnesota started this season nasty on defense, allowing big plays to the Cincinnati Bengals and Arizona Cardinals – two heartbreaking losses that probably should’ve been victories if vikingism didn’t rear its ugly head. However, after Week 2, the defense began progressing inch by inch. A team can have a losing record – like 2-3 right now – and still trend positively in defensive proficiency. That’s what’s happening right now to Minnesota.

Too, Minnesota was without Michael Pierce and Cameron Dantzler last week against the Detroit Lions. Pierce has been terrific in 2021, assuring fans he was worth every penny of the contract he signed in the spring of 2020. On Dantzler, he seems to be exiting Zimmer’s weird doghouse but was beset by the coronavirus last week. Dantzler’s 76.2 PFF score is just what the doctor ordered for a Zimmer defense seeking to right the wrongs of the nauseating 2020 defensive performance. He should be back on the field in Week 6.

The Vikings don’t need a parade to announce the defense is gradually returning to pre-2020 form, but acknowledgment of the numbers is a must. In 2020, the defense stunk. It doesn’t stink any longer. Zimmer has healthy players, for the most part, and points are not flooding into the boxscore for opponents – as was the case one year ago.

Now, if Zimmer can just allow his offense to follow suit – they were fine in the first two weeks – perhaps the Vikings can get hot. The utopian scenario for this brand of Vikings is for the offense and defense to coexist in prosperity.

That has not transpired in 2021 – and it desperately needs to come to fruition if the Vikings want to play meaningful January football.

Hell, even the kicker is hitting clutch kicks now. If that source of misery from Vikings history is exorcised, it would be criminal now to muster a competent offense and defense.