Michael Pierce opts out of 2020 season amid COVID concerns 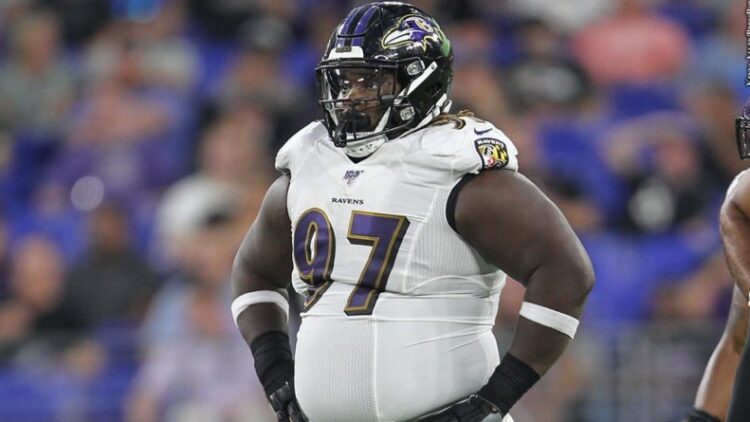 The 2020 off-season has been dominated by the same question that the rest of the world has been asking… When is the McRib coming back? Wait, that’s just me. For now. The real question is essentially ‘blah, blah blah COVID?’

The NFL has had the luxury of having COVID happen during its off-season, so it has been able to see how other major sports have reacted to the pandemic during their seasons. Major League Baseball, for example, is a sport that finally launched this past week and has already had to cancel games because of a team based outbreak.

It appears that that idea is something that players think as well as it was reported late this morning that the newly acquired nose tackle Michael Pierce, the crown jewel in the Vikings’ off-season free agency moves (with the rest of the jewels being on other teams’ crowns), is opt-out of the 2020 season.

#Vikings NT Michael Pierce is opting out of the 2020 season, sources tell me and @MikeGarafolo. Minnesota’s only big-ticket free agent this year leaves a hole up front on defense.

Pierce reportedly has asthma, and as a larger person he also has more than one medical factor that could make a battle with COVID more life threatening than it otherwise would be (which, as a virus that hospitalizes one in FIVE people who contract it, is already pretty serious).

#Vikings NT Michael Pierce on opt out: “If I was a normal human being with a normal functioning respiratory system, I’d be out there without a thought. It’s an unfortunate situation but it’s something I’ve been battling and I've got to deal with the rest of my life.''

That does raise the question whether or not the NFL will make it through the 2020-21 season. The MLB example is one to take note of, as the Miami Marlins have a roster of 33 players and exactly one-third of those players recently tested positive for the virus (as well as two coaches).

In a league that only has 16 games and an inability to do double headers a la baseball, one has to wonder what the league will do when they have to cancel multiple games for multiple teams.

Assuming that doesn’t happen, the larger question for us Vikings fans is what the team will do at the nose tackle position now that Pierce is gone.

As Chris Tomasson of the Pioneer Press explains, 3-technique Shamar Stephen can also play nose tackle. At 6’5” and 315 pounds, he is the size as players like Johnson, Pierce or Joseph.

#Vikings NT Michael Pierce said team officials had known for awhile that he possibly might not play. Says they knew his medical records. “We had to wait until the NFL had make a decision on how things are going to be done.’’

That means the Purple are going from Linval Joseph to two players who have limited experience as well as, especially in the case of Johnson, have been underwhelming at best and considered one season away from the free agency heap.

The team was already looking at a defensive line that had 75% turnover from 2019, and a defense that lost both starting as well as their nickel corners this off-season, so losing Pierce is a gigantic blow for the Vikings and is something that you have to respect as clearly life is more important than a game.

But it would’ve been nice if the Vikings had more than a couple weeks to fill that void, as they will essentially have to wait for cuts as camp progresses to bolster their nose tackle ranks.

Then again, this all assumes that the 2020 season will happen at all. If you ask this writer, it seems like outside of something drastic like hosting the season in Europe, there is just no way that’ll happen.

The Marlins’ situation shows that in a country that currently has more COVID each day than it has had ever while basically every other country has actually moved on from the virus, that unless each football sprays some sort of inhaled vaccine, we won’t get through an NFL season.

Michael Pierce is just (one) the first of what I think will end up being droves of players who don’t want to risk their lives for a league whose owners just negotiated with the NFLPA to lower the 2021 (and beyond) salary cap in a way that’ll at best pre-emptively end multiple veteran careers while lowering average salaries (which had been improved after years and years of infighting and CBAs).

If the NFL’s owners are going to essentially punish players financially for COVID, then why would they risk their lives or careers (as we are learning more and more that those who do recover from COVID can develop lifelong complications like lung scarring or limb amputation).

Point being, this is another example of why all of this sucks. If only someone had suggested a relatively easy solution to this problem…