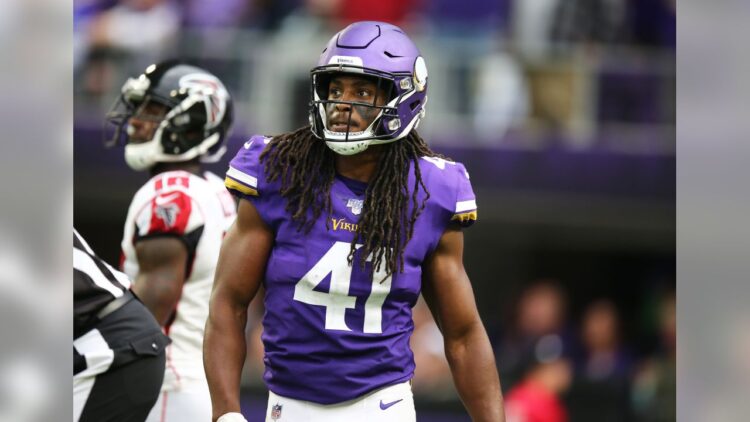 Between the NFL Combine (February 24th-March 2nd) and the 2020 NFL Draft (April 23rd-25th) comes an important step in every team’s offseason process; the re-signing of internal personnel.

Last year the Vikings created headlines during the free agency period by extending wide receiver Adam Thielen. There was also the story of Anthony Barr reneging on his verbal agreement with the New York Jets and returning to Minnesota.

Beyond those moves, however, the team didn’t create much of a stir. There simply wasn’t much money to spend on unrestricted free agents. So, the Vikings went bargain shopping. Five players were brought in from the AAF and four ‘low-key’ acquisitions were made. It wasn’t quite as exciting as the year prior when the team landed two of the top available free agents (Kirk Cousins and Sheldon Richardson).

While this offseason will undoubtedly provide its own fireworks at some point, this time around, it’s a little tougher to project the team’s plan. Why? The Vikings are again strapped for cash, and they’ll need to make some tough decisions just to get back in the black.

When the new league year begins on March 18th, the Vikings will be a projected $5.4 million over the salary cap according to OverTheCap.com. While that number is fluid and doesn’t necessarily make retaining the team’s top free agents impossible, it makes it interesting to say the least.

As of now, there are 16 unrestricted free agents. Will the team be able to retain starting safety Anthony Harris and also improve the offensive line, fill out the rest of the roster and sign draft picks? That’s the No. 1 question currently surrounding the Minnesota Vikings.

While Harris and Trae Waynes seem to be the main talking points, there are many more important decisions that need to be made. With contract deadlines approaching in early March, let’s take a look at what lies ahead as the team prepares to shape its 2020 roster.

Per OverTheCap.com, unrestricted free agents (UFA) are players with four or more accrued seasons. Accrued seasons require at least six in-season weeks spent on an NFL roster. Players are free to sign with any NFL team. While the current team does not have subject to right of first refusal, UFA’s do count towards the compensatory draft pick equation.

For those of you wondering, the price to franchise tag a safety is projected to be $12.735 million.

Restricted free agents (RFA) are players with three accrued seasons. The current franchise is given right of first refusal on any offered contract. Depending on the level of the tender offered, the current team may receive draft pick compensation for losing said player. Possible tenders include first-round, second-round, original-round, and right of first refusal only.

Here are the projected amounts of the 2020 RFA tenders:

The date to keep in mind this offseason is March 20th. That’s when clauses in player’s contracts will trigger for a number of Vikings’ personnel, per OTC:

Expect to see roster moves made before the 20th if the Vikings are not planning on keeping these players under their current contract terms.

NOTE: Should Everson Griffen decide NOT to void his deal, $4.3 million of his $12.9 million base salary for 2020 would guarantee on March 20th. That’s a move the Vikings will likely not allow to happen. However, it’s likely the team would consider a Griffen return at a much lower salary.

Lack of cap space is a major motivator in the Vikings approaching some of their veterans to restructure their contracts. Restructuring a player’s deal generally results in some sort of immediate signing bonus for the player while the majority of their cap hit is spread across the remaining years of the player’s contract. This gives the team immediate cap relief.

The Vikings have utilized this strategy quite often in recent years with players like Brian Robison, Adrian Peterson, Eric Kendricks and Everson Griffen. This offseason, several players could be asked by the team to re-work their deals, including, but not limited to:

Please note the amount saved is how much cap space the team would receive by cutting the player. The amount saved on a restructure depends on the specific structure that’s agreed upon between the player and team.

The last few years the Vikings have extended players like Kyle Rudolph, Adam Thielen, Anthony Barr, Danielle Hunter and Stefon Diggs. Is it finally time for Anthony Harris to receive his? And what about 2021 free agents like Kirk Cousins and Dalvin Cook?

With all the decisions facing the team in the upcoming months, it’s shaping up to be an exciting offseason for the Vikings. What are your thoughts on how the front office should address free agency? I’ll be releasing my predictions soon.