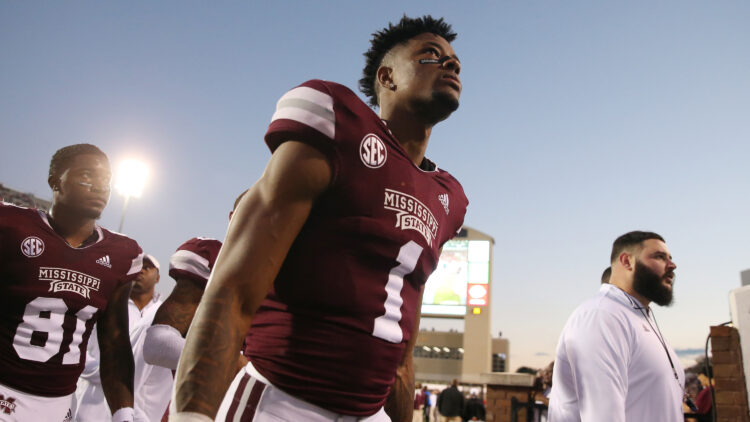 The Minnesota Vikings have shown that they are dedicated to finding diamonds in the rough when it comes to wide receiver. Stefon Diggs was a highly touted high school player who underperformed at the University of Maryland and fell in the draft because of that and some injury issues. Adam Thielen was a division II player who would never have had a shot if it wasn’t for a tryout for his hometown Minnesota Vikings.

These two are possible exceptions, especially Thielen as literally nobody was going to give him a shot. However, the Vikings and Rick Spielman showed their commitment to going deep in the draft to find pass catching talent when they selected both Olabisi Johnson and Dillon Mitchell in the 2019 NFL Draft. Johnson was the one who saw more time on the actual roster, showing that he was a serviceable number three option behind Thielen and Diggs, but Mitchell is still more talented, in my opinion.

The Vikings probably aren’t done drafting receivers, as they still had to rely on Laquon Treadwelll for much of last season as their number four wide receiver. This being the case, I suspect that Rick Spielman will look for players that intrigue him that fall due to one reason or another. One such player could be Stephen Guidry out of Mississippi State University.

Guidry started his college career at Hind Community College. After two seasons at Hinds, Guidry was considered one of the top JUCO prospects and decided to go Mississippi State. Over two seasons for the Bulldogs, Guidry collected 49 receptions, 827 receiving yards, eight touchdowns, and an average of 16.87 yards per reception. Unfortunately, Guidry was part of a Mississippi State passing attack that ranked 112/130 in the NCAA in 2018 and 109/130 in 2019.

Where a lot of the case for Guidry will be made is in his athleticism. He is a long, rangy player with good speed. He ran a 4.47 40-yard-dash time at the 2020 NFL Scouting Combine. When you see him get the ball in open space, he can make things happen. If you stuck him in the slot, or used him as a gadget player, he’d be a decent option.

He’s also a taller receiver, 6’3”, with good arm length. 32 ¾”. This means that he has the potential to be a good 50/50 ball player. His highlights in college are often of this variety. One on one matchups where he wins in the endzone, but his vertical jump is very mediocre and it would take a lot of work to make him a true red zone threat.

Where Guidry is significantly lacking is in his amount of polish. What I mean by this is that his routes are nothing special, his hands are not exceptional, and overall he’s a pretty pedestrian receiver. He’s got some skills athletically, although his 3-cone times and 20-yard shuttle at the combine were dreadful. He doesn’t have any of the big pluses that you would look for in a late round receiver.

He doesn’t have eye popping athleticism, and even worse, despite being in one of the worst passing offenses in the NCAA, his stats were mediocre. He was second on his team in touchdowns and third in total yards. Of course stats aren’t everything, but if you aren’t the top option in an offense like that at the college level, it’s going to take a lot of work to make it in the NFL.

If the Vikings wanted to nab Guidry, they would need to spend a late-round pick on him. Guidry will likely go in the fifth to seventh, but could go as early as the fourth or fall completely out of the draft. Honestly, Guidry is not the kind of guy I would like to see the team go after. He’s got a ton of question marks, and nothing that’s truly a hallmark. They’re better off picking a bigger need or a player with better upside, or at the very least, one very good skill.