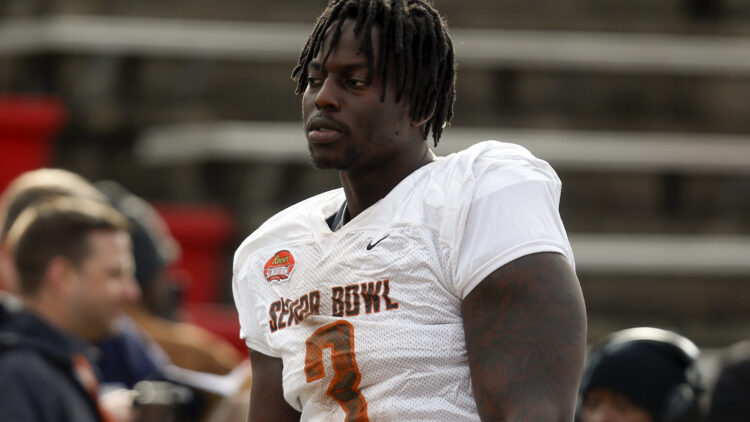 South Carolina's Javon Kinlaw of the South squad during practice for the Senior Bowl Wednesday, Jan. 22, 2020, in Mobile, Ala. (AP Photo/Butch Dill)

The Minnesota Vikings have almost always had a very dominant defensive line. However last season was a bit of an exception. The defensive ends were excellent, but the interior defensive line was spotty at best. Linval Joseph has very obviously lost a few steps and spent time off the field due to injury.

Shamar Stephens’ return to Minnesota was lackluster as he only provided 21 total tackles (15 solo, 6 assited), two tackles for loss and one sack while playing 15 games. Stephen never seemed to bring any sort of pass rush, and only seemed to fill space on run defense.

The depth for the defensive tackle position was a bit more exciting with some flashes from Hercules Mata’afa, Jaylon Holmes, and Armon Watts. However, none of these players were up to the level that the Vikings have historically had and cannot be relied upon to bring much as starters.

This weakness was really exploited in the Vikings final game of the season when the San Francisco 49ers ran all over the defense. San Fran’s offensive line was winning every play and even the excellent play of Eric Kendricks and Anthony Barr couldn’t save them.

Being strapped for cash, a common theme for these profiles, the Vikings will need to target the defensive tackle position heavily in this year’s NFL Draft. If they want a player that will make an immediate impact, they may need to spend their first overall pick. One man they could be targeting in that first round is Javon Kinlaw out of the University of South Carolina.

Kinlaw, a 6’6” 310-pound junior, played in 37 games, making 34 starts, in three years for the Gamecocks. In those three years, he recorded 82 total tackles (42 solo, 40 assisted), 17 tackles for loss, and 10.0 sacks. He also was good at getting his hands up and defended eight passes. Kinlaw also took home First-Team all SEC, First-Team AP All-American, Second-Team USA Today All-American, and Third-team PFF All-American honors.

Watching tape on Kinlaw is an absolute treat. You can immediately see that he is a level above almost every other player on the field. He is a physical freak with a frame very similar to that of the Kansas City Chiefs’ Chris Jones. We’ll have to wait and see where he measures in, but his arms seem to stretch forever and lead to his ability to knock down passes. He also should be able to reach out from blocks and make stops even while being contacted.

Kinlaw’s is also very strong. He is rarely overmatched one on one, and took double teams often, allowing his linebackers to make plays. He can refine his hand technique a bit more and chuck his blocker better, but he has incredible hand strength and should be able to become elite with some coaching.

He comes out a bit up and down, and could learn to bend a bit more and use leverage, but his upper body strength is such that this wasn’t a problem in the college game. Kinlaw has slimmed down a bit, weighed 326 lbs as a freshman, and could learn to play a bit more to his new body. With losing that weight, Kinlaw has become pretty quick off the ball as well and can create havoc if he times that snap right.

Where Kinlaw becomes super intriguing is his effort and ability to make plays on his second and third moves. Often, you see defensive tackles give up on pass rushes after their initial move attempt, but Kinlaw is often giving his all until the whistle and can make quarterbacks get rid of the ball quicker.

Kinlaw looks amazing already, but his ceiling is still crazy high. All that I have seen says that he would be better as a three technique, but he has experience playing both gaps and even some defensive end at South Carolina. Where he will really need work is the mental side of the game with processing the play in front of him and using his eyes. He can get tunnel vision and take himself out of plays occasionally. That’s something that should be able to be fixed with coaching and experience.