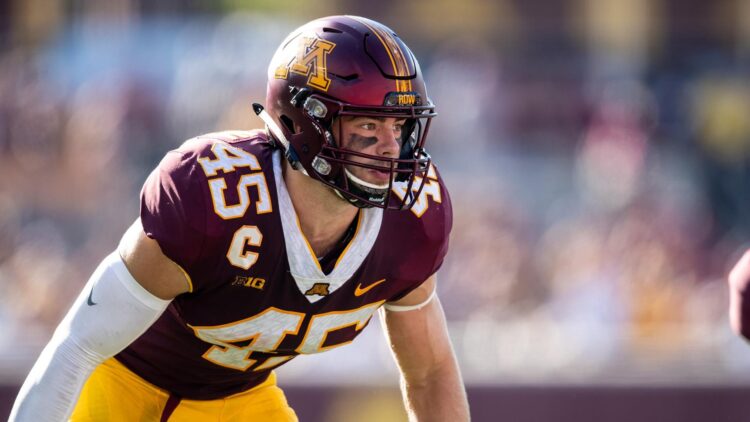 The Minnesota Vikings may need some help at the defensive end position. Of course Danielle Hunter will hold down the left side just fine, the other side of the line is another story.

Everson Griffen, who returned to play a full season after his lost 2018, still recorded eight sacks, 11 tackles for loss, and 24 quarterback hits. Griffen chose to decline his three-year option with the team. Mike Zimmer seemed confident the team would bring back Griffen, but at 32-years-old, the price would need to be right for the team.With the team franchise tagging Anthony Harris, re-signing C.J. Ham and Britton Colquitt, they should have about $7.25 million to sign draft picks, undrafted free agents, and any other re-signings.

The team also just lost veteran Stephen Weatherly who played very well during Griffen’s absence in 2018 and was again an important part of the rotation this year. Weatherly signed a two-year $12.5 million deal with the Carolina Panthers. That leaves the Vikings with just Hunter, Ifeadi Odenigbo, Eddie Yarbrough, and Stacy Keely (Future/Reserve) under contract at defensive end.

Fortunately, with an elite player like Hunter at one end, the Vikings can target players mid to late in the NFL Draft and still be okay with their depth. That means they could be looking at somebody like Minnesota’s own Carter Coughlin.

Coughlin, a product of Eden Prairie, MN and a legacy player at the University of Minnesota, was an anchor on a Gophers team that had their most wins in over a century. Over four seasons, Coughlin recorded 158 total tackles (52 solo, 106 assisted), 22.5 sacks, 40 tackles for loss and eight forced fumbles. He also was awarded second-team All-Big Ten honors in both 2018 and 2019.

Although Coughlin participated at the 2020 NFL Scouting Combine, he chose to only do the broad jump, vertical jump, and 40-yard dash in addition to measurements. He measured in at 6’3” and 236 pounds, so definitely on the light side for both an end and a linebacker. His arm measurement was only 31 ⅜” as well. Coughlin did run a 4.57 40, which is extremely good.

Coughlin’s tape is fun to watch because it is some of the best Gopher football I’ve seen in my lifetime. On an individual level, he’s extremely quick and had the ability to navigate past man offensive lineman at the college level. His athleticism was apparent as a stand up defensive end/linebacker hybrid.

That versatility is probably where Coughlin’s most value is in the NFL. He’s probably better off in an odd front defense where he can both drop in coverage or rush. His coverage skills are adequate, but not to the level of an NFL linebacker.

Coughlin is an extremely smart and instinctual player, as indicated by his forced fumble numbers. He knows how to process plays, keeps his eyes up, and doesn’t often get lost. He also has a high motor and never gives up on plays. His slight frame means that he needs to make up for it with effort, and he’s constantly giving that effort.

Like I said, Coughlin is certainly small, about 20 pounds lighter than most current Vikings defensive ends. That means it’ll be tough for him to keep playing so hard at the next level. Unfortunately, his cover skills aren’t enough to slide him back and play linebacker or safety. He will need to pack on the pounds to have a chance at the next level.

He will also need to work on his technique to stick on an NFL roster. He got by in college on his effort and athleticism, but he had issues using his hands to stack and shed. With his lack of length, he’ll need to use leverage better and learn some more pass rush moves.

If the Vikings wanted to get Coughlin, they would need to spend somewhere between the fifth to seventh round, or wait for him to go undrafted. They would probably be better off if they waited. Coughlin doesn’t fit in their current scheme too well, and would certainly be a project. Like I’ve said, I don’t think he currently has a chance at linebacker in an even front, but he also doesn’t have the size or skills to play down defensive end.

That means he would be relegated to special teams duty while they figure out what to do with him. Now, I think he would be an excellent special teams player because of his effort and intelligence, but he certainly wouldn’t be an answer for defensive end depth, and teams don’t draft guys just to play special teams. Well, not usually.