Vikings vs Packers: A Gambler’s Guide 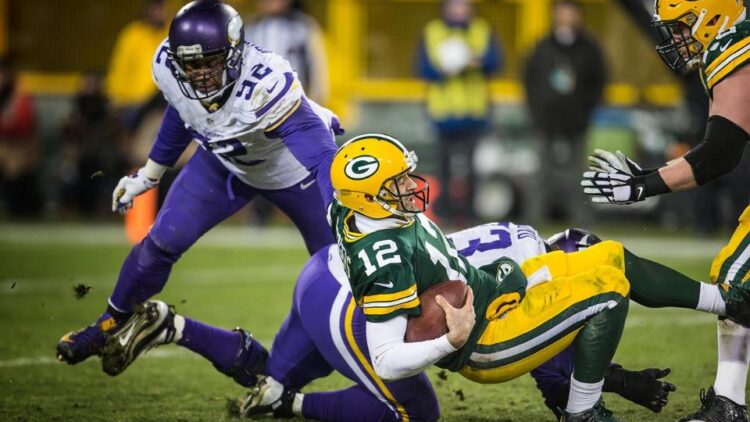 The Vikings have started their year 1-0 after an old-school butt whooping against the Falcons. Personally, I was a little extra happy because not only did my favorite team win, but I was pretty perfect when it came to my week 1 gambling tips. Don’t believe me? Click Here to read my week one predictions.

But in the NFL, last week doesn’t mean much. So we’re on to Green Bay.

I typically like the under in Vikings games, especially with the defense Green Bay showed last week against the Bears, you’d think that I’d like it again. I like the over though.

Because it’s the Packers and Vikings! These teams are both dying to get back to the top of the NFC North and they know how important this game is, especially considering the fact that the divisional odds are looking pretty stiff for the Vikings (even after the results from week 1). I think new Packers head coach Matt LaFleur will let Rodgers do his thing and sling the ball around, and the Vikings will do their best to minimize him/that. The Vikings will want Dalvin Cook to get going again, and I think he will have a decent game. I could see this game being close, but at the same time towards the end of it things could go crazy on offense (especially when looking at the outcome of the games last year with Vikings quarterback Kirk Cousins arguably having his best games against Green Bay in 2018).

I think the outcome of the game will come down to a last-second field goal. So, hopefully the kicking unit has figured things out after an inconsistent off-season.

Green Bay gets 3 points at home. I’m not that surprised as they are the home team and both teams have stout defenses. Like I said above, I think this game will be won by a last-second field goal. I think the Vikings will find themselves down one or two with under a minute on the clock and Cousins and company will throw themselves into field goal range. Then Dan Bailey will get his shot to build on what has been a more consistent game ever since the team created a competition between him and now free agent kicker (at least as of the writing of this article) Kaare Vedvik.

I feel comfortable taking Minnesota, especially when they get +3. Look for a Vikings “upset” this week, 27-26.

The San Francisco 49ers travel to Cincinnati this week, and enter “The Jungle” as 1.5 point underdogs.

The Bengals surprised a lot of people in week one, giving Seattle a tough challenge for week one. I don’t think the Bengals success will carry over to week two, however. The 49ers manhandled Tampa Bay, and I don’t think Tampa and Cincinnati are very different teams.

Week two is when all of our overreactions come crashing down, and I think the Bengals crash back to being the 3-13 team we all thought they would be. I like San Francisco a lot in this game, especially if they get 1.5 points.