Falcons vs Vikings: A Gambler’s Guide 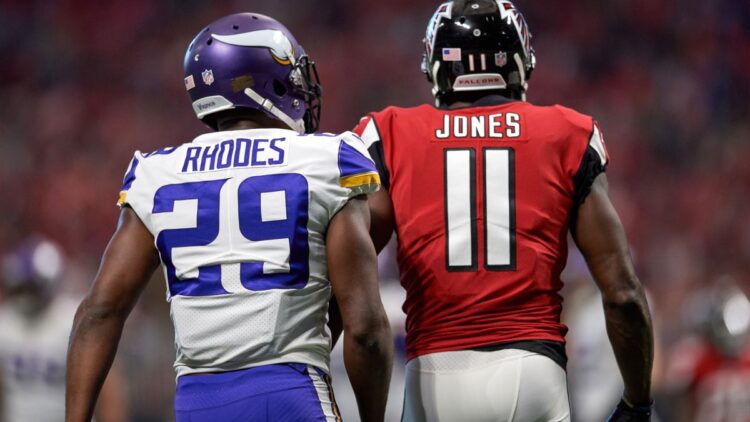 The NFL’s 100th season officially kicks off tonight! With meaningful football being back, that means betting and gambling is back as well (unless you’ve spent the off-season playing one of those casino websites with free slots no download no registration like us to scratch that itch).

Either way, let’s get into the Vikings’ upcoming game with the Falcons.

I’m taking the under in this game. The Vikings have made it well known that they want to establish the run this season. They spent their 1st round pick on center Garret Bradburry. They added a new “assistant head coach” in Gary Kubiak, who brought along Josh Kline, a solid offensive guard. The Falcons will also want to run the ball now that their starting running back Devonta Freeman is healthy, but both team’s have elite wide receivers as well. I think both teams’ wide receivers will clear out the box for the run games, and this will be a hard fought game that is won in the trenches. I think both teams will combine to score 38 points, but 48 is just too high for me.

I hate the spreads at the beginning of the year. Last season the Buccaneers beat the Saints in a shootout. Ryan Fitzpatrick led the Bucs offense. The first few weeks of the NFL season are always crazy. Teams are finding their footing and establishing their identities. I don’t feel comfortable picking the Vikings to win by 4, in week 1, against a Falcons team that is healthy for the first time in two years. However, that is EXACTLY what I’m doing. I think the Vikings defense is going to make a statement in this game. The offense will play keep-away and run the ball very well, and I like the Vikings to win 27-17.

For those of you who don’t know what a money line is, the numbers above mean that to win 100 dollars betting on the Vikings, you would have to bet 190 dollars. However if you bet 100 dollars on the Falcons and they won(or you bet the spread), you would win 163 dollars. To be honest, I don’t have an opinion on the money line. This is not a “get rich quick” game, but if you want to put some money on the line, here’s the money line.