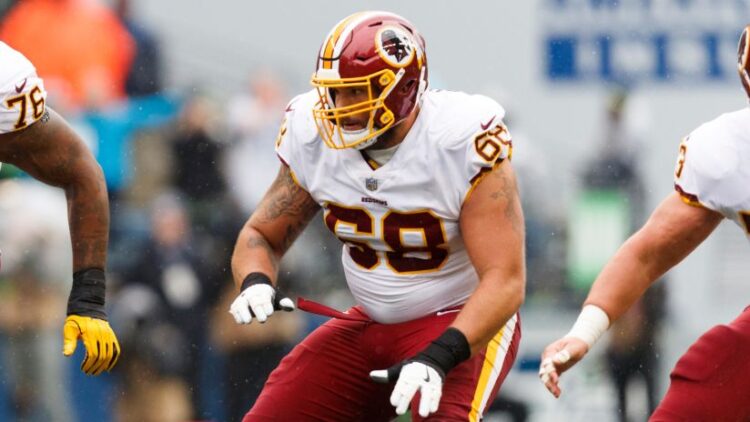 The Minnesota Vikings on Thursday claimed offensive lineman Tyler Catalina off waivers. Catalina was waived by the Washington Redskins on Wednesday after they acquired Donald Penn.

Catalina (6-6, 315) joined the NFL as an undrafted free agent in 2017. He played his final season of college football at Georgia after playing his first three seasons at Rhode Island. As a Bulldog he started 12 games at left tackle.

God makes no mistakes! Thankful for my opportunity and I am excited to be a Minnesota Viking! #Skol pic.twitter.com/maAM8Tv2b8

Catalina, 26, made two starts for Washington during his rookie season and appeared in seven games in 2017. His quarterback during those games? None-other than current Vikings quarterback Kirk Cousins. Catalina suffered a shoulder injury before his sophomore season and missed the entire 2018 season due to shoulder surgery.

While his Pro Football Focus scores were quite hideous from his rookie year, reports from Redskins’ fan sites claim Catalina may have been turning the corner before he suffered the injury. He’s a versatile lineman capable of playing both tackle and guard.

The signing comes as the Vikings face uncertainty surrounding the severity of the leg injury suffered by Aviante Collins on Thursday. Let’s hope both linemen are able to compete for a roster spot.

In a corresponding roster move the Vikings waived guard Tiano Pupungatoa. Pupungatoa was signed 10 days ago (on 7/22), the same day the team waived running back Roc Thomas.