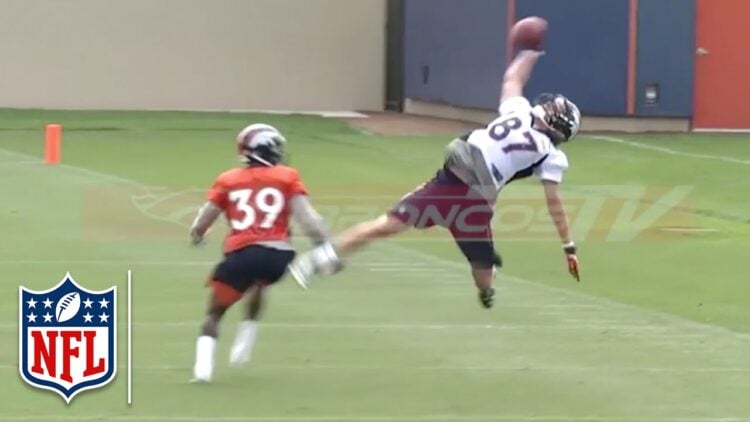 A day after extending wide receiver Adam Thielen to a four-year extension, the Minnesota Vikings on Saturday added more depth to the receiver position.

Vikings agreed to a one-year contract with former Broncos and Rice wide receiver Jordan Taylor, according to a league source

According to Aaron Wilson of the Houston Chronicle, the Vikings agreed to a one-year deal with free agent Jordan Taylor. Taylor (6-5, 210) is a 27 year-old receiver with two years of NFL experience. After playing college football at Rice, Taylor signed with Denver as an undrafted free agent. He spent his rookie season on the practice squad but made the active roster in 2016. Coincidentally, he caught his first professional touchdown pass from former Vikings quarterback Trevor Siemian.

In two seasons Taylor collected 29 receptions for 351 yards and two touchdowns. Before the 2018 season he underwent surgery on both of his hips and was placed on the PUP (physically unable to perform) list. As a result he did not play in a game last season, but he did return to practice in November. Taylor expected to be fully healthy for the upcoming season.

Taylor earned the nickname “Sunshine” to his long, flowing hair. He became a fan favorite in Denver due to his impressive catches in training camp as well as being a “personal receiver” of Peyton Manning during his rehab prior to the team’s Super Bowl run in 2015.

Taylor met with the Vikings on Monday before taking a visit with the Seattle Seahawks later in the week. He ultimately decided to sign with Minnesota. With the addition of Taylor, here’s an updated look a the wide receivers currently on the Vikings’ roster:

Oh and here’s the video of the catch Taylor made in the featured image of this article: