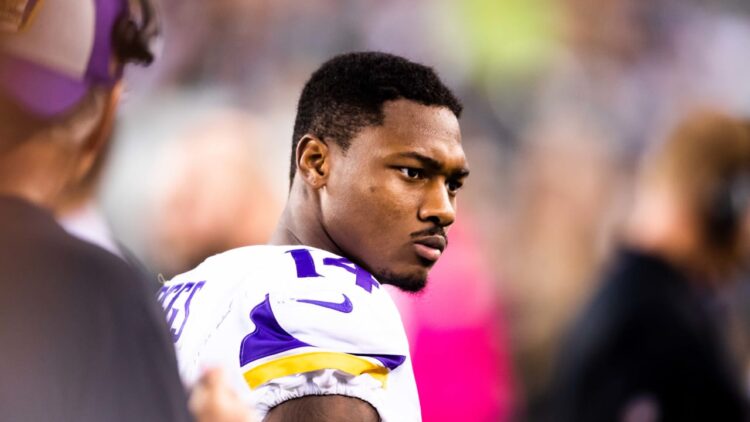 Minnesota desperately needed a win in order to gain entry into the postseason and they came up short to the very team that could have taken the day off, rested their starters, and essentially escorted them into the playoffs. Give Matt Nagy and the Bears credit, they didn’t roll over and play dead, which is pretty much what they would have had to have done in order for Minnesota to win that mismatch on Sunday. It was bad enough that Minnesota lost but to get manhandled in front of their (once) rabid fans, in their own house, is a testament to just how far the Vikings have fallen in one season and how far the Bears have come.

Even the oddsmakers at some of the most reputable and respected online sportsbooks in the industry like Sportsbetting.ag had the Vikings tagged as five-point home favorites against the Bears because the season came down to this one game for Minnesota. How could a playoff caliber team, at home, not beat an opponent with nothing to gain? Or even pick up a first down against their SECOND unit on defense? At least that was the thinking and plenty of people backed the Vikings with their cold, hard, cash only to get a painful reality check – Minnesota just wasn’t that good in 2018.

So, what went wrong? Many will take aim at the front office for replacing a quarterback in Case Keenum, who took the Vikings to the NFC championship game last season, with a more expensive model named Kirk Cousins. But Cousins wasn’t the problem by a long-shot, albeit, he wasn’t the elite passing machine the Minnesota brass believed he would be once he donned a Vikings jersey either. But Cousins was good, even better than Keenum, if you compare their stats.

The problem wasn’t with Cousins and it certainly wasn’t the dynamic duo of Adam Thielen and Stefon Diggs, both of whom had nine touchdowns and broke a thousand yards receiving with Thielen notching a whopping 1373 yards and a trip to the Pro Bowl. The Minny defense was middling against the run but ranked third against the pass and racked up 50 sacks on the season, trailing only the Chiefs and Steelers. In short, the Vikings boasted an upper-tier defense, surrendering an average of 21.3 points per game (9th), and although they were a notch below the true elites like Chicago, Baltimore, Jacksonville, and Tennessee, their defense was a definite asset, not a liability this year.

So again, we ask, what went wrong with the Vikings? This is a team that was a veritable lock for the playoffs before the season began and the online sportsbooks were hanging odds on them as one of the favorites to win the NFC back in August. Some may point to an anemic rushing attack that fell from seventh last year to 30th in the league this year. However, the Minnesota running backs, Dalvin Cook and Latavius Murray, were both part of last season’s vaunted rushing attack while the third piece of that triumvirate, Jerick McKinnon, took the money and ran to San Francisco but he was more of an outlet receiver than a pure runner. So, it’s hard to pin the lack of a running game on Cook and Murray, as it is equally unfair to blame Cousins for the 40 sacks he sustained versus only 22 for Keenum the year before.

So where does a grounded running game and a quarterback who is the target of a big sack attack week after week lead us? You guessed it – the offensive line. If there is one area in which the Vikings must overhaul, it is the big men who are supposed to be carving out daylight for the running backs and protecting the team’s $84 million investment, Kirk Cousins. This is a group chock-full of talent on both sides of the ball but the big boys in the trenches have to get better at blocking or get moved out of the starting unit.

In closing, Minnesota must draft a brick wall with feet in this year’s draft and the best of the bunch will be out of their reach with the 18th pick but Alabama’s Jonah Williams is worth trading up to nudge into the top 10 and grab him. If the Vikings do stay put then they could still get an immediate upgrade to their O-line with either West Virginia’s Yodny Cajuste, Boston College’s Chris Lindstrom, or Cody Ford of Oklahoma.

Attention Vikings Management: Get our team tougher up front in April and we will be back in the postseason business come January.