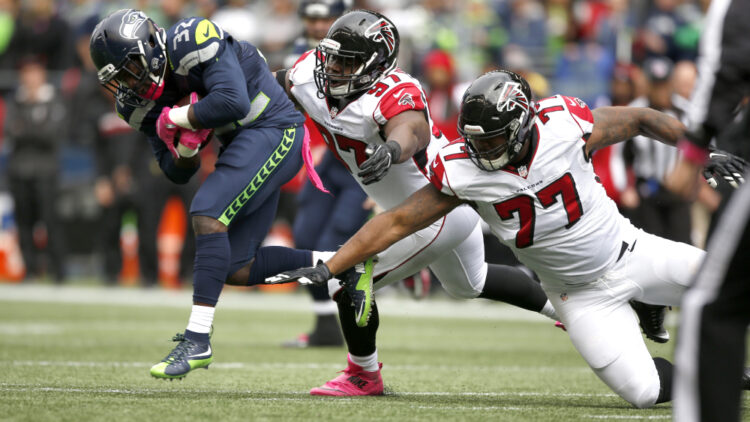 The Vikings are rumored to be looking into free agent DT Ra’Shede Hageman.

First reported by Chris Tomasson of the Pioneer Press, Hageman is trying to resume his professional football career after a series of legal troubles. He was released by the Falcons prior to the start of the 2017 season following a guilty plea to misdemeanor disorderly conduct charges. Hageman was then arrested in Hennepin County last June for a DWI, eventually pleading guilty to careless driving.

Having missed the last two seasons, the Minnesota native is ready to come back to the NFL. “It’s been one heck of a two years sitting out and just watching my fellow teammates play, but it’s definitely a learning experience,” Hageman told Tomasson. Hageman says he’s spent his time away from the league working out constantly to stay in shape. When he hasn’t been grinding away in the gym, he’s been performing community service and taking “classes just to educate myself to avoid some situations.”

The former Minnesota Gopher was drafted 37th overall by Atlanta in 2014. Hageman started in 16 of his 44 regular season games and two of his three playoff games, including Super Bowl LI against New England. In his three seasons, he amassed 40 solo tackles and 4 sacks.

As of now, Minnesota is without starting defensive tackles. Sheldon Richardson signed a three-year, $39M contract with the Browns, and Tom Johnson remains a free agent. Here is a per-game comparison of those two with Hageman:

Hageman would be a reasonable replacement for Johnson, and at 28-years-old his youth is desirable. The only issue is that he would probably miss the first two games of the season to fulfill a remaining league suspension. However, the free agency clock is ticking so Hageman might be one of the best options for the team unless they look to fill this gap during the draft. With around $2.78M left in cap space as of this article’s posting, the team could possibly sign him to a minimum contract of $720,000, leaving just over $2M for rookie contracts.

This piece originally appeared on purplePTSD.com.