Suh’s Visit to Minnesota Is For Pleasure 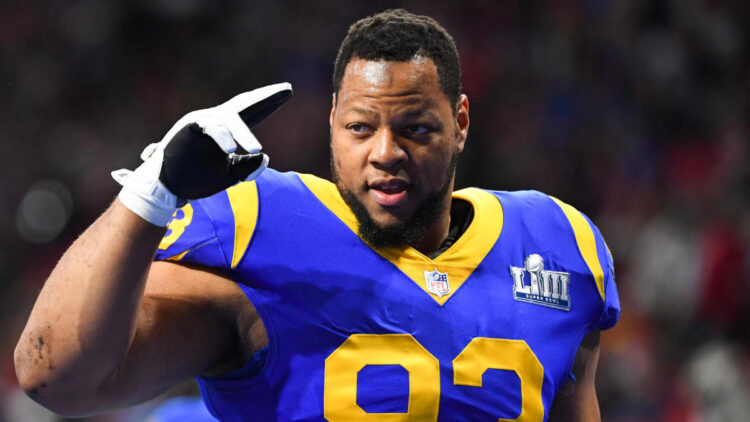 Free agent defensive tackle Ndamukong Suh decided to get rumors blazing in the frozen north by tweeting about going to Minnesota. Suh played last year in Los Angeles and is fresh off a Super Bowl appearance. He has been incredibly consistent, playing all 16 games every year of his career save one. Suh was also known as a dominant force when he was in Detroit, earning AP defensive rookie of the year in 2010 and 3 All-Pro selections. Suh seemed to want to go to a contender last season and signed with eventual NFC champions Los Angeles Rams for $14 million. It’s unlikely that Suh will demand this amount again, but he may demand close to $10 million/year. It’s also unclear if Suh would be wanting to sign a longer deal, or continue to sign 1 year deals to give himself more flexibility.

If Minnesota are in on Suh, it would likely be to replace Sheldon Richardson, who signed an $8 million one-year-deal before last season to prove his value. Richardson has had an up and down career, but last year proved that he still has the ability to be a big part of a great defense. No doubt Richardson is looking for a team to lock him up longer term for around the same $10 million/year that Suh is demanding. Richardson is 28, compared to the 32-year-old Suh, and probably at his ceiling talent-wise.

So far, it appears that Suh is only in the land of 10,000 lakes to enjoy some fun in the snow with his girlfriend. I find it hard to believe that the Vikings would be in on Suh and out on Richardson, but maybe if Suh is looking for a one-year contract, the team thinks it will give them flexibility moving forward. Even with that flexibility, it is interesting for the team to pursue a free agent defensive tackle of Suh’s caliber, and therefore price, when they haven’t done much to clear cap space or made any plays to improve the offensive line. Defensive line play is certainly important, the team ranked 7th in rush defense according to Pro Football Focus, but after how abysmal the offensive line performance was last season, it would be tough to see Rick Spielman aggressively pursue Suh over some free agent offensive linemen.

On one final note, and to show my bias, Suh is a player that I have always found to be dirty and lazy. When he is playing the game hard, he can be a force to be reckoned with, but from his time with the Lions it seemed he was more often than not coasting. If you’d like to see some of what I’m talking about, here is a short compilation of some not so sportsmanlike plays from Suh. Maybe this nastiness is what the Vikings need to get the edge back in their defense, it’s certainly a strategy that teams have used in the past to gain the competitive edge. However, with Suh’s age and what he would cost, I would rather see the Vikings rely on Linval Joseph, Tom “Sebastian Thunderbucket” Johnson, and some young rotational depth to anchor the defensive line.