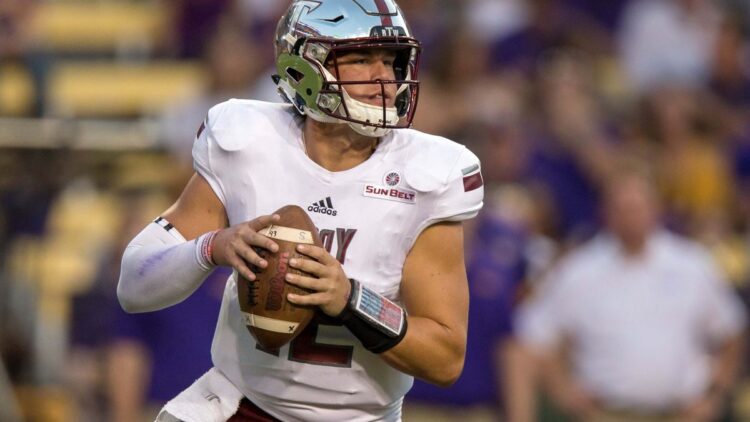 With the Minnesota Vikings looking to add quarterback help before the draft and players from the disbanded AAF looking for jobs, a future merger could be in the works.

Former Memphis Express QB Brandon Silvers of the AAF is scheduled to work out next week for the Jets and Vikings, per source. More NFL action for the AAF.

According to Adam Schefter of ESPN, the Vikings plan to work out Brandon Silvers next week. Silvers, 24, played for the Memphis Express of the AAF this year. He backed up Zach Mettenberger and Christian Hackenberg for a number of weeks before finally getting an opportunity to start.

In four games (three starts) with the Express this season, Silvers threw for 799 yards with four touchdowns and two interceptions. He completed 64% of his passes and added 22 rushing yards on four carries.

A four-year starter at Troy University in Alabama, Silvers finished his college career with an impressive 10,677 passing yards with a 71:29 TD-to-INT ratio along with 16 touchdowns on the ground. His completion rate… 64 percent.

After going unselected in the 2018 draft, Silvers signed with the Philadelphia Eagles as an undrafted free agent. He didn’t stick in the NFL, but he made the most of his playing time in the AAF and has earned another shot. He’ll meet with the Vikings and Jets next week.

With Silvers (6-3, 219) playing well as of late and only two QB’s on the roster, he could be a part of the Vikings’ future plans. There are currently 61 players on Minnesota’s active roster. NFL teams are allowed up to 90 during the offseason.

Free agent quarterback Sean Mannion met with the team earlier in the week but the meeting ended without a contract agreement. There is still a chance he signs with the Vikings.

The Vikings are also lining up a meeting with former AAF kicker Nick Rose.