Tired of Paying Ridiculous per Ticket “Service” Fees? We Got You! 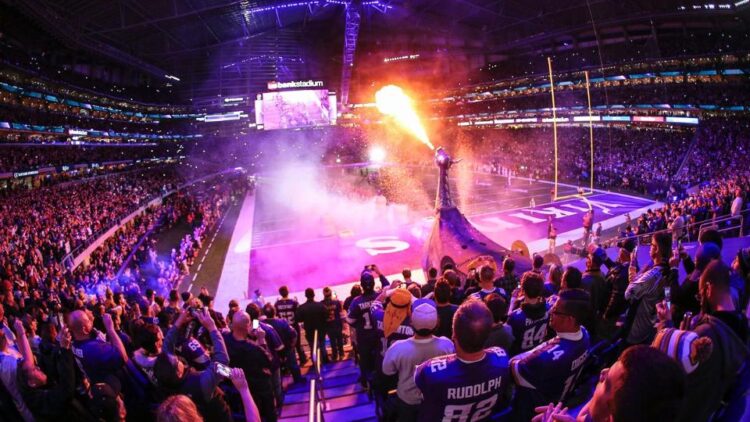 One of the (more difficult) quests we’ve embarked on since launching the purpleTERRITORY Media Network in 2015 has been finding the best ticket option for our readers/followers/subscribers/BFFs. While in years past we’ve been able to legitimately say that we offer the best deals for Vikings/event tickets in town, there were still a lot of complaints from our followers about the per ticket fee system that most of the household name ticket providers utilize. Those fees vary but typically are around 20% PER TICKET, which if you’re buying five tickets for $100 a piece, end up costing you the same as purchasing a sixth ticket (for the fifth person’s date as the only thing worse than being a third wheel is being a fifth wheel). So call this the fifth wheel discount as thanks to a deal with Ticket Club, we’re able to offer a free premium membership on their network for ONE YEAR! That means your friend Ted will finally have enough money to invite his “girlfriend” from Canada to a game (which means you’ll probably never see Ted again, if that’s even his real name)!

Most ticket providers work via an “affiliate system”, which basically means that we content creators/sites end up fronting the bill to heavily advertise that ticket provider for a cut of the profits (typically 5% to 10% of the gross or net ticket price). We’ve attempted to change that system to one that’s more traditional and have finally found a partner that is open to doing that and that also charges NO FEES on their tickets at the same time! But that means that it’d be great if you could share this deal with your friends on social media as it’s a really, really great and one of a kind deal! It also means that if things go well we could end up with enough budget to offer some really great and one of a kind things on our network, for you! And it’s all FREE!

That provider is Ticket Club, which works sort of like Netflix in that you pay an annual fee (Typically $50 for the first year and $10 per year after that) to join and have access to all events in your area (games/concerts/plays/etc.). While the tickets to each event aren’t free a la Netflix, they are offered without the typical 20-25% “service” fee that we’re sure you’re all used to! If it sounds too good to be true, it isn’t! It’s just our way of saying thank you for all the support and it’s something we’ve worked on for YEARS, so again, any help in promoting this deal would be super helpful (see below for the discount code and link you’ll need to get things set up for a full year!).

Because Ticket Club really wants to increase their presence in the Twin Cities area specifically, again, they’ve actually allowed us to offer a FREE premium membership for the first YEAR for our readers/followers.

Click HERE and enter Discount Code TCTWINS for a full-year of their premium membership for FREE!

Now, we know that you’re probably desensitized to offers like that as this is the internet and capitalism is full of hyperbole, but we wouldn’t risk our carefully built reputation and the trust that our followers have in us by using words like free or offering services that weren’t top notch. This is the real deal, and we’re pretty proud to be the first network in the country to be able to make this offer, just in time for the pre-season (and Twins season, and concerts, and life in general).

This is an amazing offer and we want to keep offering this throughout the season so we want to make sure that we really knock it out of the park (to use a reference from the most boring sport on the planet) during the month of July to show our partners at Ticket Club that working directly with us (and not via the affiliate model) makes sense!

So, even if you’re not looking for tickets right now, it’s definitely worth your while to take advantage of the free year of their premium membership as it’s a really, really great deal that we’ve worked years to cultivate for you guys as a way of saying thank you for all your support.

To get the free membership, use this link: https://www.ticketclub.com/code-redemption

And the discount code you’ll need is TCTWINS
If you could share this with your friends or social media network, too, that’d mean the world to us!