Last Friday we sponsored our first event with Gray Duck Vodka in the tasting room at McDonald’s Liquor and Wine in South Minneapolis. As I’m sure most of you know, Gray Duck Vodka is owned by Viking legend Chad Greenway and he was on hand to autograph bottles of his delicious product while we also ran a silent auction courtesy of Total Sports Enterprises (an exclusive dealer of Vikings autographed memorabilia). There were over 100 Vikings fans on hand for the event that ran from five to six in the evening.

Chad was also on my podcast, ‘Morning Joes’ (which is now part of the Big Heads Media Network) last week and discussed what was then a pretty disastrous time in Vikingsland. As always he gave very honest answers about the state of the team as well as the comments and actions from wide receivers Adam Thielen and Stefon Diggs. That continued at the event on Friday, especially when I asked Greenway about his thoughts on my theory that Big Ten players and their success in the NFL.
As long-time (or really anytime) listeners of ‘Morning Joes’ know, I believe that the rigorous academic standards (at least/especially when compared to other conferences like the SEC) lead to players that can’t just coast by on their talent alone. That additional work instills a work ethic that really can help in a league (the NFL) where everyone is hyper-talented and thus only those who do the extra work end up being successful (especially at the quarterback position, which explains why a lot of the “elite” QBs in the league are from the Big Ten (Tom Brady, Drew Brees, Russell Wilson, etc.)).

I bring up my Big Ten theory nearly every show, something that ‘Morning Joes’ co-host Joe Oberle loves to tease me about. So, I asked Greenway about that theory and his response while self aware, made me more confident that I’m onto something. “I played in the Big Ten, so of course I’m going to say that Big Ten players make better pros”.

Stay tuned for my 10,000 word article about this theory!

Oh, and make sure that you pick up a bottle of Gray Duck the next time you’re at the liquor store!

Gray Duck is now available in Western Wisconsin as well as North and South Dakota, Minnesota and Iowa!

Click HERE to find a liquor store near you that carries Gray Duck!

We’re currently highlighting this amazing Cris Carter autographed jersey for Total Sports! You can save 30% by using discount code: Purple PTSD at checkout! That’s a savings of nearly $85! Click the photo below for more info or to buy! 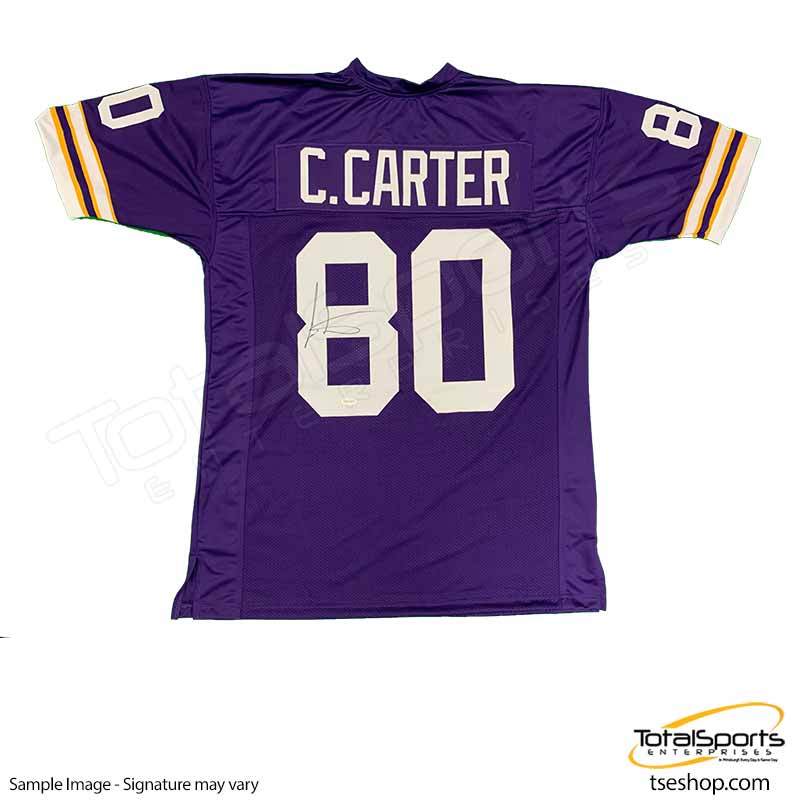