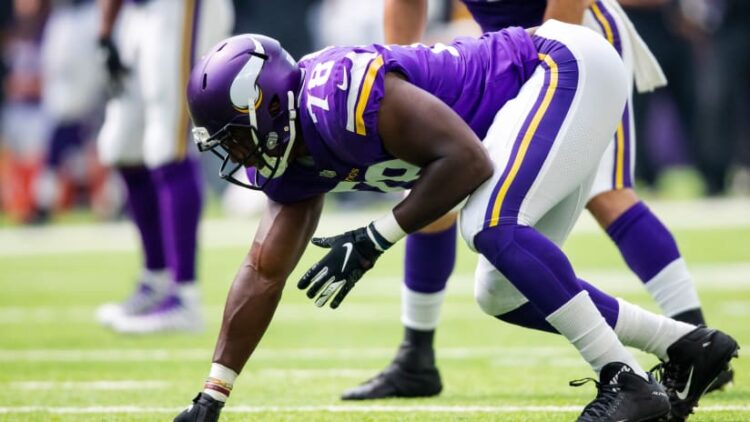 In the wake of the news that Everson Griffen won’t return to the team until “at least Week 6,” the Vikings added some insurance to the roster.

The Minnesota Vikings on Monday brought back defensive end Jonathan Wynn. Wynn was with the team during training camp and the preseason before being waived during roster cuts. He was added to the practice squad today. In a corresponding roster move the team waived linebacker Garret Dooley.

The #Vikings re-signed DE Jonathan Wynn, the undrafted rookie from Vanderbilt who spent this summer in Minnesota, to the practice squad and waived LB Garret Dooley.

Wynn, who is listed at 6-foot-5, 256 pounds, was added as an undrafted free agent this offseason. The 24 year-old rookie played college football at Vanderbilt, which is also the school that fellow defensive end Stephen Weatherly attended. While he didn’t exactly pile on the sacks in college (he was a DE in a 3-4 scheme), Wynn earned 1.5 sacks and 3 combined tackles in two preseason games for the Vikings.

On a side note, I can say from personal experience that Wynn was one of the hardest working players at training camp. It was hard not to notice his effort, and it wasn’t unusual for him to be the last player to leave the field.

In other roster news, the Vikings will likely activate linebacker Kentrell Brothers to the 53-man roster this week following his four-game suspension. We’ll have the story once it’s announced.