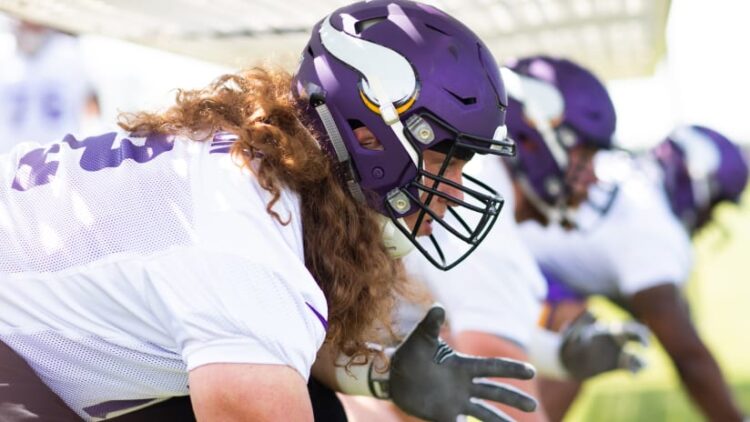 “The Vikings have been through the eye of the Storm.”

“A Storm cloud has formed.”

That last one maybe? Eh…

The Minnesota Vikings have been shuffling around practice squad linemen since the Arizona Cardinals claimed Colby Gossett off the team’s practice squad last week. To replace Gossett, the Vikings signed Landon Turner to take his place. Come Tuesday, four of the ten members of the practice squad will be offensive linemen.

Chris Tomasson of the Saint Paul Pioneer Press reported the Vikings on Tuesday will re-sign Storm Norton to the practice squad. Norton was on the team’s practice squad before being promoted and making his NFL debut last Sunday against the New Orleans Saints. He was waived on Saturday to make room for wide receiver Chad Beebe on the active roster.

Source said tackle Storm Norton to re-sign Tuesday with the #Vikings practice squad. Norton was on the squad before being elevated to the 53-man roster on Oct. 27 and made his NFL debut Oct. 28 vs. Saints. He was waived Nov. 3 to make room for Chad Beebe and cleared waivers today