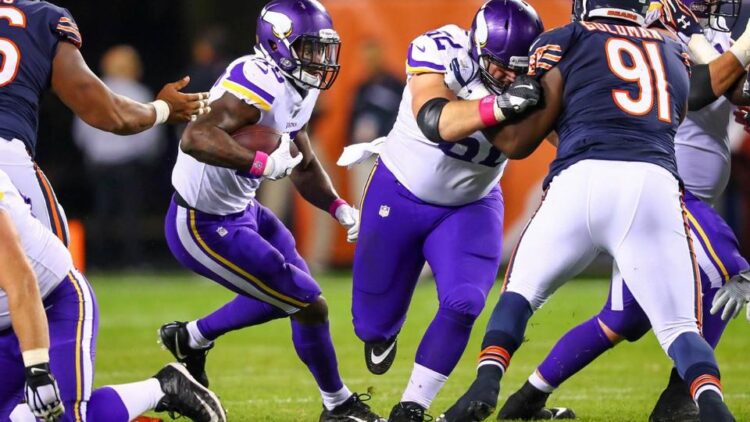 The Vikings will continue the rebuilding of the offensive line with a starting piece from last season.

According to Tom Pelissero of the NFL Network, the Minnesota Vikings plan to place a second-round tender on offensive lineman Nick Easton. Easton was the team’s starting left guard last season.

The #Vikings are putting a 2nd-round tender on G/C Nick Easton, source said. Started 12 games last season before he broke an ankle. Key piece of interior.

Easton, a restricted free agent, will earn $2.914 million in 2018 if no other team makes him an offer. The Vikings have the right to match any contract offered by another team. A new team would have to forfeit a second-round pick to land the versatile lineman.

The 25 year-old was acquired by the Vikings in a 2015 trade with the San Francisco 49ers. In the trade, Gerald Hodges was sent to the 49ers in exchange for Easton and 6th-round pick. Easton, a Harvard graduate, made his first career start in place of Joe Berger in Week 13 last season. He remained the starter for the rest of the year.

Before the 2017 season, Easton was moved to LG after Alex Boone was cut by the team. Easton wound up starting 12 games. His low Pro Football Focus grade (of 41.5) and seven penalties suggest inconsistency, but he played well overall, allowing zero sacks in the time he played. His season was cut short due to a broken ankle suffered in Week 16 at Green Bay. Despite the injury, he’s expected to be ready for spring drills.