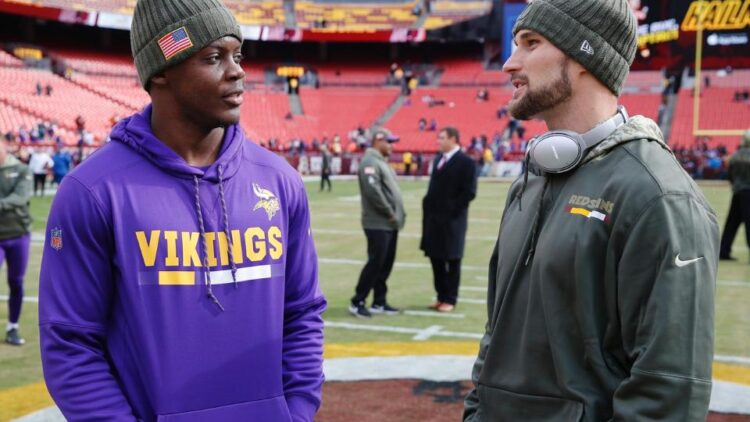 After agreeing to terms on an extension with their starting quarterback, count the Jacksonville Jaguars out of the Kirk Cousins sweepstakes.

According to Adam Schefter of ESPN, the Jaguars signed Blake Bortles to a 3-year, $54 million contract extension that runs through the 2020 season. The deal, through incentives, can reach $66.5 million. Bortles is guaranteed $26.5 million and will earn an average $22 million/season if he reaches his escalators.

By making such a hefty financial commitment to Bortles, it appears the Jaguars will not pursue Cousins in free agency. According to OverTheCap.com, Jacksonville has $21 million in cap space before figuring in Bortles’ contract.

Many considered the Jaguars a frontrunner for Cousins. With Jacksonville out of the mix, other interested teams include the Arizona Cardinals ($22 million in cap room), Buffalo Bills ($29M), Cleveland Browns ($110M), Denver Broncos ($26M), New York Jets ($73M), and the Minnesota Vikings ($49M).

Based on the gargantuan contract and signing bonus he’s expected to receive, teams like the Cardinals, Bills, and Broncos would likely need to release players or make multiple roster moves in order to create the cap space needed to take on Cousins’ enormous salary.

While the Browns and Jets have plenty of financial flexibility, they haven’t experienced the recent success of teams like the Bills or Vikings. In terms of front offices, coaching staffs, and roster personnel, those franchises are likely furthest away from being considered Super Bowl contenders. Cousins has said winning is a factor in his decision.

Speaking of the Bills, when’s the last time a big-time free agent landed in Buffalo? I’m talking bigger than Micah Hyde. Maybe they’re due, but LeSean McCoy is on the older side for a running back (29), and the offensive line has noticeable issues protecting the quarterback.

The Broncos once landed a premier free agent quarterback (Peyton Manning), and built a successful, Super Bowl-winning team around him. However, the last two seasons, they’ve gone 9-7 and 5-11, and their once-elite defense is beginning to age out. Plus, signing Cousins could mean the cap casualty, or casualties, of players like cornerback Aqib Talib or wide receivers Demaryius Thomas and Emmanuel Sanders. Those players are key reasons Denver would be an attractive option in the first place.

At first glance, the Cardinals appear to be a nice destination for Cousins. I mean, who wouldn’t want to live in sunny Arizona and play in that gem of a stadium? However, after further consideration, a free agent quarterback has to know that 2018 may be the final season for star receiver Larry Fitzergald. Plus, would a veteran like Cousins want to play under a rookie head coach? There’s David Johnson…but then again, there’s also Dalvin Cook.

The Vikings, who boast the NFL’s top defense and plenty of playmakers on offense, appear to be an attractive and logical fit for the 29-year-old Cousins. There are pros and cons of adding the quarterback, who, for one, will likely command the richest contract in NFL history, but a potential marriage in Minnesota makes a lot of sense.

For now, the Vikings have three unrestricted free agents at the quarterback position. As the franchise awaits a league decision on whether or not the contract of Teddy Bridgewater will toll, the team has until Tuesday, March 6th to apply the franchise or transition tag. If the tag goes unused, the Vikings will be able to begin speaking with free agents on Monday, March 12th.