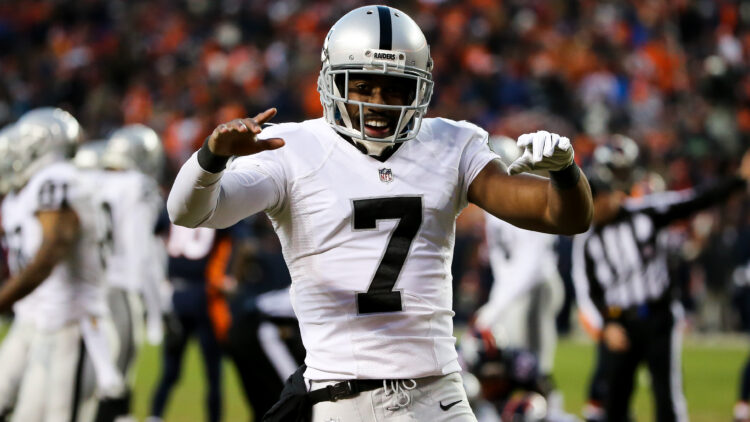 According to Chris Tomasson of the Saint Paul Pioneer Press, the Minnesota Vikings have inquired about punter Marquette King. King was released by the Oakland Raiders earlier today.

Source said the #Vikings have inquired about punter Marquette King, released today by Oakland. Vikings punter Ryan Quigley is under contract in 2018 for a nonguaranteed $790,000.

King, 29, went undrafted in the 2012 NFL Draft. He was signed as a free agent by Oakland where he eventually beat out former Viking Chris Kluwe for the punting job in 2013. He went on to lead the league with 4,930 punt yards in 2014 and has averaged 46.8 yards per punt in his six-year career.

The Vikings, who have punter Ryan Quigley on the roster, can cut the veteran with no cap penalty. He has a career average of 44.1 yards per punt. Although he had zero touchbacks the entire 2017 regular season, Quigley averaged 42.2 yards per punt, last in the NFL.

Last season King averaged 47.4 yards per punt (sixth in the league). The former Raider was released two years into a five-year, $16.5 million contract.