purplePTSD.com/VikingsTerritory.com Round-Table: Who Do You WANT The Vikes to Take at 30? 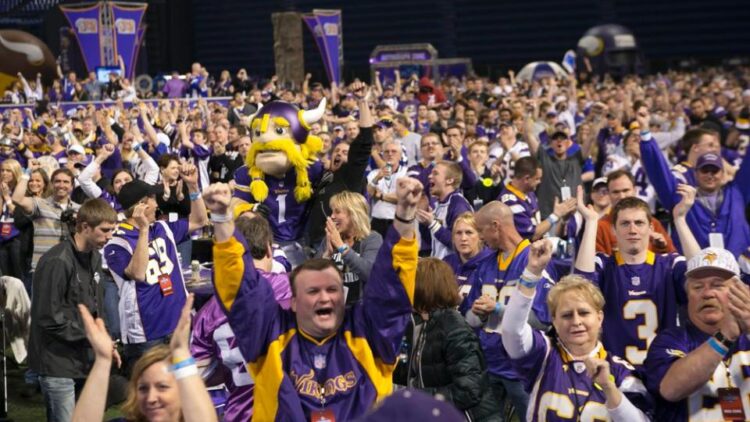 The 2018 NFL Draft is almost here and with that comes countless theories, mock drafts and long-winded articles stating what the Vikings should do and/or what they might do. However, we here at purplePTSD.com/VikingsTerritory.com are the selfish type and wanted to frame this question in terms of what WE want the Vikings to do, individually. So, let’s hop into the picks from a few of the fellas from the sites to hopefully provide a bit of a different angle on the story that has been increasingly dominating Vikings sites the past few weeks.

Fun fact: We’re hosting a Day 2 Draft Party next Friday at Town Hall Brewery in Minneapolis (located at 7 Corners near the Courtyard by Marriot Hotel on the West Bank of the University of Minnesota). If you haven’t yet, Click Here for more info and to RSVP! We hope to see you there!

Two: He’s a tackle. He wants to play tackle and the Vikings could use a tackle. Sure, the team could use a guard as well, but I believe there will be talented interior linemen available in the later rounds of the draft. The Vikings may want to move him around because they like versatility, but he doesn’t have experience playing the interior line positions. With Remmers able to kick inside to guard, a potential offensive line of Reiff, Easton, Elflein, Remmers, and Williams could start the 2018 season.

Three: Williams has the talent to start immediately at right tackle and eventually kick over to the left side, where he has the most experience. Keep in mind starting LT Riley Reiff is 29 years old.

Four: I believe there is better positional value in drafting a tackle over a guard in the first round. With teams coveting defensive ends more, having a young, agile offensive tackle to line up opposite those pass rushers is a must. Financially it makes more sense as well. Generally, tackles make more than guards. Having five years of team control at a draft picks’ rate of pay will save the team cap room while the larger contracts of Riley Reiff and Mike Remmers wind down to the low dead money years.

Five: Williams had three different offensive line coaches at Texas – a new one every season he was a Longhorn. That, along with a knee injury (that didn’t require surgery), would seem to explain some of the “inconsistencies” scouts saw on this year’s game tape. Having an OL coach like Tony Sparano, who’s been an NFL head coach, as well as mentors like Riley Reiff and Mike Remmers who are under contract for four more seasons, seems to be a positive situation for any young lineman to step in to.

Six: He’s a fantastic pass blocker. In five games started in 2017, Williams allowed one sack and four QB pressures. That’s the type of guy a team wants to protect its $84 million quarterback.

Seven: He performed very well at the combine, showing off his athleticism and footwork.

Eight: He’s an athletic prospect with similar traits as Lane Johnson, who excelled for the Eagles last season. Offensive coordinator John DeFilippo may want a similar type of tackle for the Vikings offense.

Nine: The Patriots and Eagles, who both could use an OT, are on the clock immediately following the Vikings.

Ten: The Vikings brought him in for a Top-30 visit earlier in the month.

The Minnesota Vikings pick 30th in the draft, and if they hang onto that pick, there is only thing (in my mind) that they should do: pick an offensive lineman—preferably a guard. They didn’t go crazy addressing the offensive line in free agency (other than guard Tom Compton), but they did pick up an expensive QB, so they need someone to protect him. The line lost the services of right guard Joe Berger when he retired recently, and the depth in line took a hit with the departure of swingman Jeremiah Sirles, not to mention that two other interior linemen are coming off injuries, so the Vikings need a guard who has some versatility. That man is Auburn guard/tackle Braden Smith. At 6’6”, 315 pounds, he is a monster who can fill in for the departed Berger or even move outside if the Vikings want to bring right tackle Mike Remmers inside. Smith fits the bill for however the Vikings decided to configure the line.

For starters, he’s got a cool name. Say it with me: Vee-ta Vaa-ah.

All the trading down talk to acquire more draft choices and build depth is not what the Vikings need. They need to attack the draft like Mike Zimmer’s defense attacks offenses. The Vikings don’t need depth, they need a new impact player on each side of the ball to get to the Super Bowl and win it.

Projected to go somewhere near the middle of the first round, Vea, a 347-pound defensive tackle, will give the Vikings the best defensive line in the NFL. The 6-feet, 5-inch Vea was not just a run-stuffer for Washington State, he was a pass-rushing force as well. At times, the Huskies hid Vea at defensive end where he had no problems with slow-footed tackles.

Vea ran a 5.1 at the combine and got 225 pounds off his chest 41 times. The man is strong, quick to purse and is a sea wall at the point of attack.

Adding Vea to an interior line rotation that features Linval Joseph, Shelly Richardson, and Jaleel Johnson will guarantee the Vikings will have a more consistent inside pass-rushing push than they had in 2017. What’s the mean for the defense? Less time on the field. What’s it mean for the offense? More time with the ball. Time of possession (TOP) has a way of becoming more valuable as the season wears on. The Vikings finished third in TOP during the regular season with 32.07. Philly (32.48) and Carolina (32.22) finished ahead of the Vikings. But in the last three games, the Vikings’ TOP dropped to 31.42 and in their last game (the NFC championship game) it sank to 25.56. We know what happened there.

There’s good news: Vea has glitches in his technique, which may make him less desirable to some teams looking for a sure thing. And, if Richardson is only in Minnesota for one year, they’ll have Vea under contract for four more years.

What’s it going to take for the Vikings to get him?

They’ll have to trade up, and the price may be steep. If they traded with the Chargers at 17, they’d flip choices, and might have to offer a second this year, and a second and third next year. If Vea falls to Cincinnati at 21, the ransom will be cheaper, but the bite will sting either way.

The upside is that when the Vikings have their Super Bowl championship parade in February, the trade that Rick Spielman in the April 2018 draft that made Vita Vea a Viking will have been worth it.

Last but not least, owner of purplePTSD.com and VikingsTerritory.com, Joe Johnson, will go out on a ledge to bring up Billy Price, a player that I’m sure most of you haven’t heard of up until this point. That’s a joke, as clearly Price has been tied to the Vikings a lot this year because of their need on the offensive line and the fact that Price played alongside one of the better draft picks from last season in center Pat Elflein. Price won the Rimington Trophy, (which is the award for the top center in the nation) last year but he also played as a guard when Elflein was at Ohio State and that familiarity could mean great things for the Vikings’ internal offensive line. It’s been said that Vikings quarterback Kirk Cousins struggles with internal pressure and because that’s something that the Vikings struggled within 2017, as well, you’d have to think that shoring up that aspect of the line would be a top priority, especially with the semi-recent news that former center-turned-guard Joe Berger.

Luckily for the Vikings guards aren’t huge draft commodities and this also happens to be a great draft class at the position, meaning that teams may not reach up for someone like Price, especially as he is still dealing with a torn pectoral muscle that won’t have any effect on his 2018 but could help lower his cost as well. Some have said that the Vikings should be able to also trade down into the second round and still acquire Price, something that’d be win-win, but they should only do that if they know for a fact that they’ll be able to land Price, who could hit the ground running and immediately elevate the offensive line and in the process allay some of the fears that people have about Kirk Cousins’ ability to succeed in purple and gold. This is a slam dunk pick.