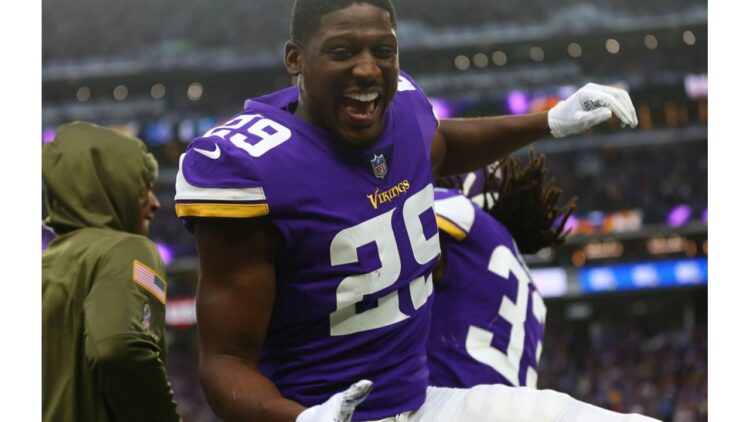 The Vikings had two big-name starters listed on Friday’s injury report. Cornerback Xavier Rhodes and wide receiver Stefon Diggs were officially listed as questionable. Still, it’s looking likely that both will be able to take the field Sunday against the Patriots (a game in which most “experts” aren’t giving the Vikings much of a fighting chance, which could mean you’d win big should you want to make a bet on the Vikings, especially if you take advantage of some of the bonuses going around, like this Borgata Bonus Code). For the Vikings to have a shot at beating Brady and company at home (a very beatable Brady and co. but it’s still December in Boston, after all), they’ll need at least one of the two to make an appearance Sunday afternoon (especially as we saw what the Lions were able to do against Adam Thielen in the one game that Diggs missed this season.

Diggs (knee) did not participate in the first two practices of the week but was a limited participant on Friday. Diggs, who on Thursday told Chris Tomasson of the Pioneer Press that he’s going to play Sunday, appears likely to make the start.

Rhodes’ situation is a little more unclear. The lighthearted manner in which Vikings head coach Mike Zimmer described the history of Xavier Rhodes and injuries during today’s press conference leads one to believe that the hamstring issue is not that big of a deal. Rhodes said today in the locker room that he’s 50/50 and he’ll test the leg before the game. Still, it’d be surprising to see him sit out with what the coach called a “very, very mild” injury.

Mackensie Alexander (knee) and Brandon Zylstra (foot) were also listed as questionable. Alexander practiced in full Friday while Zylstra was a limited participant.

Two Vikings are listed as out. Tight end David Morgan will miss his third consecutive game with a knee injury while wide receiver Chad Beebe will miss his second game in a row with a hamstring.

Tom Compton (knee), Ben Gedeon (concussion), Eric Kendricks (chest), Mike Remmers (low back) and Adam Thielen (calf) were all listed on the injury report but were not given an injury designation.