Week 8 Injury Report: Saints Are Much Healthier Than Vikings 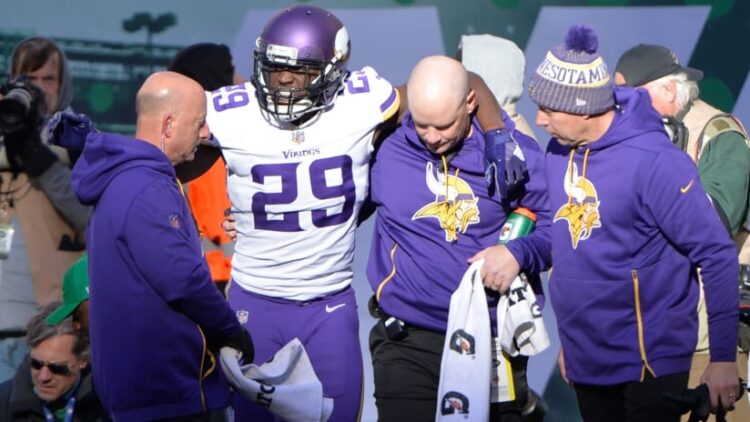 Major disparity stemmed from the injury reports that were released by the Minnesota Vikings and New Orleans Saints on Friday. Let’s not beat around the bush… It is what it is… The Saints are currently a much healthier team than the Vikings.

On one hand, the Vikings listed 11 players on their report. At least five starters will be out for the second week in a row. That number could rise if two players, listed as questionable, are unable to participate.

On the other hand, the Saints’ injury report consisted of two players — and one is playing! Let’s take a quick look the Week 8 injury reports.

Linebacker Anthony Barr, who was a non-participant in practice all week, will not play after suffering a hamstring injury last week against the Jets. Second-year linebacker Eric Wilson will likely replace Barr.

According to sources, Dalvin Cook is likely out until after the Week 10 bye. That means Latavius Murray will make his fourth consecutive start on Sunday. Murray has rushed for 266 yards the last three games, an average of 89 yards per game. He has three touchdowns in that span. He will take the lion’s share of snaps with Mike Boone and Roc Thomas continuing to spell Murray.

Tom Compton will miss his first game of the season after starting the first seven contests at left guard. Compton was diagnosed with a sprained MCL earlier in the week. It’s unclear how long the injury will keep him out. With Compton out the Vikings will need to do some shuffling to their front five.

Reiff and Sendejo will each miss their third straight game. Reiff was a limited participant in practice on Wednesday and Thursday but did not participate on Friday. He appears close to a return from a foot injury which has kept him out since Week 5. Sendejo, on the other hand, hasn’t practiced since the first week of October due to a groin injury.

Joseph did not play last week after being listed as questionable. He received the same designation this week. His situation will be worth monitoring leading up to the game, but based on the Vikings roster moves made earlier today, it appears Joseph could be good to go.

Griffen made his return to the team this week. His presence alone could provide his teammates with an extra boost of energy. All of these players were listed on the injury report but practiced in full this week. Each is expected to play in the rematch of the Minneapolis Miracle.

Ben Goessling says on KFAN the plan for #Vikings has been to start Everson Griffen as long as there’s no setbacks. Says at the very least Griffen to play a pass-rushing role Sunday night against the Saints.

Here are the projected replacements for the Vikings injured starters:

Should the players listed as questionable be ruled out:

Loewen, a third-string defensive end, is the only player that’s currently injured for New Orleans. The other player listed on the Saints injury report is offensive tackle Jermon Bushrod (not injury-related). He will play after practicing in full on Friday. As things stand now, the Saints clearly have the upper hand when it comes to injuries. The Vikings, who have one of the deepest rosters in the NFL, will have that depth tested fully on Sunday night.