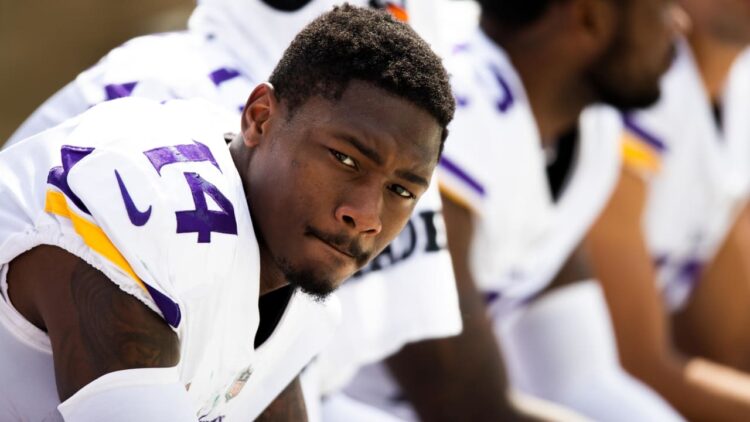 The Minnesota Vikings were given an extra day of rest this week after the victory over the Green Bay Packers on Sunday night. When the players returned to practice on Wednesday a key starter was unexpectedly missing.

Wide receiver Stefon Diggs was listed as a non-participant in practice due to a knee injury. At this point the severity of the injury and whether or not Diggs will sit this week is unknown. Diggs missed the Vikings’ Week 9 matchup against the Lions with a rib injury. It was his only missed game of the season.

If Diggs can’t play Sunday in New England, the Vikings will likely roll with Adam Thielen and Laquon Treadwell as starters with Aldrick Robinson and Brandon Zylstra as depth. The team will likely be without Chad Beebe (hamstring) again this week (this could end up having an effect on the overall odds for the game, as well, which if you’re like us might end up hurting your Casino Bonuses).

Xavier Rhodes, who injured his hamstring last Sunday against the Packers, did not participate in Wednesday’s practice session. While the injury looked serious at the time, it turned out to be “very, very mild.” In fact, he could even take the field this Sunday at New England.

“I think there’s a good chance, yes,” said head coach Mike Zimmer after being asked if Rhodes is expected to play. In case he can’t go, the Vikings made some roster moves yesterday which added some depth at cornerback.

Wide receiver Chad Beebe injured his hamstring during practice last week and is expected to miss multiple games with the affliction. He’ll likely sit out his second straight game on Sunday. Beebe last played on Nov. 18 in Chicago.

Listed as limited participants on Wednesday were linebacker Ben Gedeon and wide receiver Adam Thielen. Gedeon is working his way back from a concussion which he suffered Nov. 18 against the Bears. Thielen, who was listed on the injury report the last two weeks with a low back/calf injury, is now listed with only a calf issue. Both players are expected to play on Sunday.