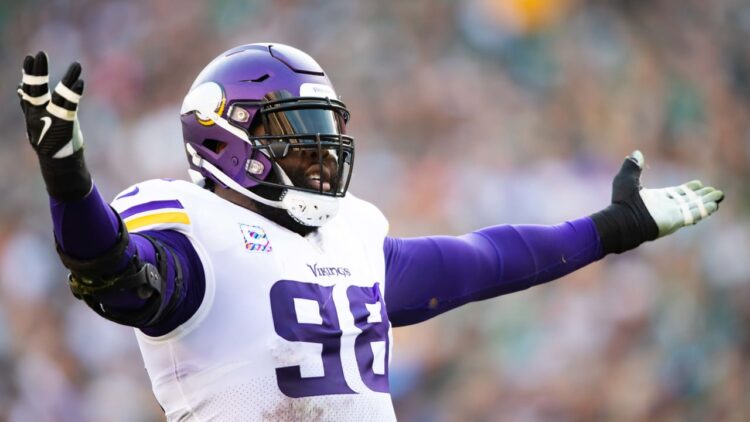 The Vikings on Friday ruled out four starters in advance of Sunday’s game at the New York Jets. Each one of them also missed last week’s game against the Cardinals. Another starter was listed as questionable and could be a game-time decision.

For the second consecutive week, Dalvin Cook practiced in full early in the week before being declared as “out” for the game. The running back was a full participant in practice on Wednesday but did not participate on Thursday or Friday. He will miss his third straight game due to a hamstring injury he suffered in Week 2 at Green Bay. Latavius Murray will get the start a week after rushing for a career-high 155 yards against the Arizona Cardinals. Murray is the team’s leading rusher with 261 yards on the ground.

Starting left tackle Riley Reiff will miss his second consecutive game. Head coach Mike Zimmer said during a press conference this week that Reiff could miss a couple of weeks but his foot injury is not considered a long-term concern. In his absence, Rashod Hill will start at left tackle with Brian O’Neill making his second career start at right tackle.

Safety Andrew Sendejo will also miss his second straight game. George Iloka will again start in place of Sendejo, who’s dealing with a groin injury. Iloka quickly acclimated to the defense last week as he led the team in tackles.

Joseph is questionable to play Sunday due to multiple injuries. He returned to practice in a limited fashion Friday after missing Wednesday and Thursday’s sessions. Joseph will likely warm up before the game to see how his body responds. The Vikings signed David Parry this week as insurance in case Joseph misses any time.

Defensive end Tashawn Bower (ankle) will return to action Sunday. The Vikings deployed only two players, Danielle Hunter and Stephen Weatherly, at defensive end the last two games (Jalyn Holmes also received snaps at DE). Bower will add to the team’s depth on the defensive line should he be active for the game. He was a full participant in practice all week.

Hunter, who did not practice on Wednesday or Thursday, was a limited participant Friday. He did not receive an injury designation and looks to be good to go following a groin issue that slowed him earlier in the week.

The Jets will be without starters Quincy Enunwa and Marcus Maye and could be without starter Trumaine Johnson. If Johnson is unable to go, New York will be down two of its top three cornerbacks. Other notable injuries include Terrelle Pryor and Isaiah Crowell, who each have roles on the Jets offense.

According to Adam Schefter of ESPN, the Jets released WR Terrell Pryor Saturday. Clearly he will NOT be playing tomorrow versus the Vikings.

Jets are releasing WR Terrelle Pryor today, per league source. Pryor has a tear in his groin and is expected to be out about two weeks. Jets interested in bringing him back when healthy, but other teams also likely to be interested.

VT will have injury updates before the game so be sure check back tomorrow for the latest, including the inactive player lists for each team.